Before the lighting retrofit project, the medical center primarily used T12 fluorescent lamps. On the advice of vendors and the medical center's purchasing department, Miller and Taylor chose to install the more compact T8 lamps and updated ballasts throughout all four main buildings.

"For the main hospital, we pretty much had 90 percent T12 light bulbs in our facility," Taylor says. "It was pretty easy (to determine which bulbs to use). We got some vendors to come in and see what kind of payback we'd get, and that made it pretty easy to go at that first to reduce our utility costs. Initially, we had about a 6.1 percent utility reduction, so it made it profitable to change those fixtures out."

The initial investment for the medical center's lighting retrofit was about $433,000, which represented about 81 percent of the entire project, Miller says, adding that the project's annual savings totaled $175,000 a year. The original return on investment was 2.4 years.

"We prepared some utility forecasts to really show the impact of what these types of projects would do," Miller says. "And that was one of our selling points to leadership. We were probably more conservative on our initial estimates, and I think we exceeded our expectation by 10 percent more."

Beyond the upgrade to lamps and ballasts, the medical center has completed additional lighting projects that have contributed to the savings. They include the installation of LED exit signs throughout the medical center and occupancy sensors in areas of the hospital that did not require around-the-clock lighting.

"Most of the places we replaced lights were running them 24/7, like hallways, so you get a maximum return," Taylor says. "You are getting a bigger bang for your buck for lights that stay on 24/7."

Instead of using T8s in the original retrofit, Miller considered installing LEDs, which then were emerging technology, but costly.

"We felt we could achieve the savings we wanted with the T8s and going with the conventional lighting," Miller says. "But what we have done since then, because LEDs have become much more prominent, we have worked them in on many renovations we have done, and we are trying to move to LEDs where it's affordable and aesthetically it provides a really good look." 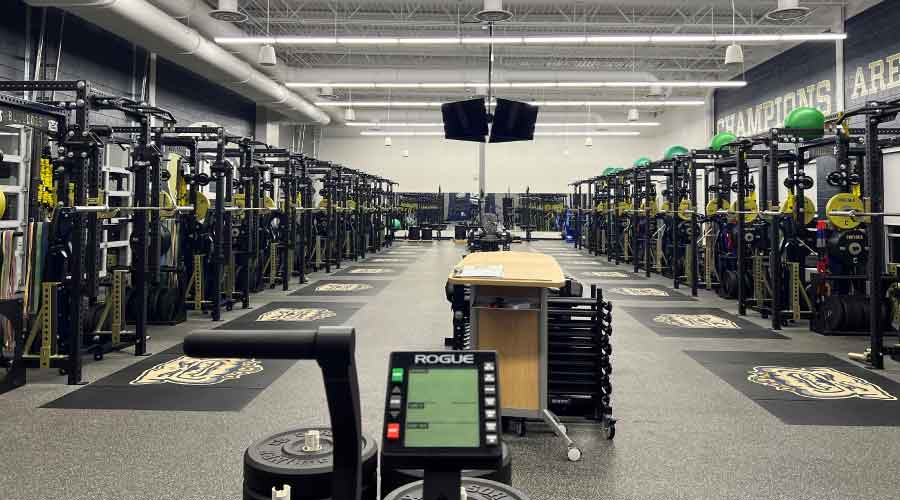