Conversely, glare, or light that's so bright it's unpleasant or hard to work within, is "a negative factor in lighting," Graf says. Although computer screens moved to more matte, non-glare surfaces in recent years, glare is sneaking back into some devices. One example: laptops with glossy screens, says Brian Stacy, Americas region lighting leader with Arup. Many laptop users tilt the screens up toward their eyes, which can result in a reflection of the ceiling into the screen, leading to reflected glare.

Most occupants also consider their ability to control the light coming into their spaces essential to a well-lit environment. Task lighting, such as desk lamps, can provide this control, while also keeping in check the energy consumed by the overall lighting system.

Another benefit of task lighting is that it can be part of layered approach, says Nancy Clanton, president of Clanton & Associates, Inc., a lighting design firm. The idea is to create layers of light by installing, for instance, fixtures that provide ambient lighting along with others that can be used for task lighting.

Any number of options can help reduce the energy used by a lighting system. However, it pays to experiment a bit, as some also can change the quality of the light.

One option is a reflector that is placed inside the light fixture. These reflect the light produced by the lamp(s) in a fixture, making it possible to use fewer to produce the same amount of light. The hitch? The light can be directional, or come straight down on a surface. It also tends to be very bright. That can create a poor lighting environment, especially in offices in which occupants spend much of their time on computers. "It may match the foot candles, but the lighting quality is changed," Clanton says.

While most people intuitively understand that light is needed on horizontal surfaces like desktops, it's also beneficial on walls and other vertical surfaces, says Steve Mesh, principal with Lighting Education and Design. If the contrast between the light falling on desktops and the light on other surfaces becomes too great — as can happen when light is directed straight down — "it can feel like working in a cave," he says.

That's not to say reflectors never are useful. For instance, they can be appropriate in a warehouse store, as the fixtures typically are high off the floor, and most occupants aren't in the space for extended periods of time, Mesh says. In other areas, such as offices, Clanton recommends installing a few reflectors and seeing how they work before placing them across a large area.

Another increasingly popular tactic is to replace fluorescent lamps with higher Kelvin temperature lamps. The thinking is that the bluer light from these lamps provides better visual acuity, which can allow for the use of lower wattage bulbs that consume less energy, Clanton says. While this may work in some circumstances, the light also tends to be harsher, and it actually can make it more difficult for older occupants or those with vision problems to see clearly.

When considering LED options in place of fluorescent lamps, be sure to check the light distribution. The light from fluorescent lamps is more omnidirectional than that produced by LEDs, which are point sources, Mesh says. 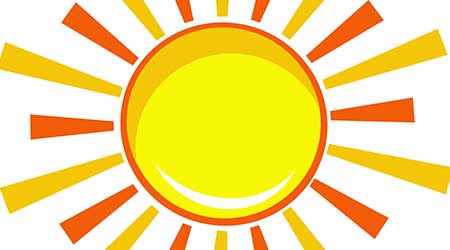