Combining LEDs and daylighting strategies can help FMs meet some of the more stringent codes and standards for energy efficiency.
By Rita Tatum   Lighting
OTHER PARTS OF THIS ARTICLEPt. 1: The Value of Daylighting, Even With LEDs Pt. 2: Daylighting Benefits: Cost Savings, Occupant Health and Wellness Pt. 3: This Page

When tunable LEDs are combined with daylighting, they do help meet new energy efficiency standards, such as the American National Standards Institute (ANSI), ASHRAE and Illuminating Engineering Society (IES) Standard 90.1-2016, “Energy Standards for Buildings Except Low-Rise Residential Buildings.” Standard 90.1 is the benchmark for commercial building energy codes in the United States.

In the 2016 edition, interior lighting power density limits were revised primarily because of the increased efficacy of LEDS. Building area lighting power density limits were reduced as much as 13 percent, depending on specific building type, with an overall average reduction of 12 percent from 90.1-2013 levels. Modified requirements for exterior lighting densities also are presented. Both reflect new lighting levels in the IES Lighting Handbook.

Lighting controls in Standard 90.1-2016 also have modified requirements for additional controls in some space types and options for others, focusing on easier application of advanced controls.

LEDs and advanced controls actually are part of contemporary daylighting design strategies. “Even in 100 percent daylight prototypes, we still have to design indoor luminance,” points out Jackson.

Advanced controls help ensure that LEDs are off when and where daylight is sufficient to light the space. However, daylight can create a bright perimeter space that makes a less bright interior space appear and feel darker. In such situations, lighting designers balance the light, so the illumination is similar across the floorplate, Jackson says.

“At this point, the new LEDs come into play,” Jackson says. “By allowing various color temperature ranges, they can bump up the interior zone, while staying off along the perimeter.”

Guglielmetti agrees that combining the assets of daylighting with new LEDs and advanced controls is best practice in architectural lighting design. “Natural daylighting and new LEDs perfectly complement each other,” he says.

Guglielmetti also notes LEDs offer buildings seeking net-zero status additional benefits. In addition to using very few watts, LEDs operate on direct current, which means they can operate on power generated off the grid. For example, if a building has solar panels on the roof, the electric power generated by the rooftop photovoltaics can directly power LED lighting without using an alternating current converter, Guglielmetti explains. This means virtually all the off-grid generated power is actually consumed, with no conversion losses.

LEDs also can be connected via Ethernet cable, according to Guglielmetti. And, with their advanced controls, they can be independently remotely controlled. “Older lighting is zoned and circuited,” Guglielmetti says. “LEDs are much more easily controlled, allowing building occupants to make decisions on the best lighting for their space.”

The Value of Daylighting, Even With LEDs 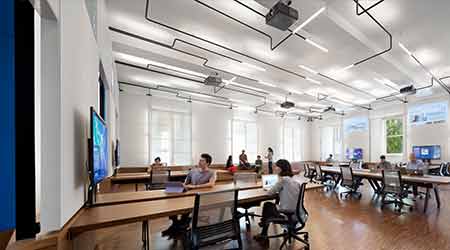 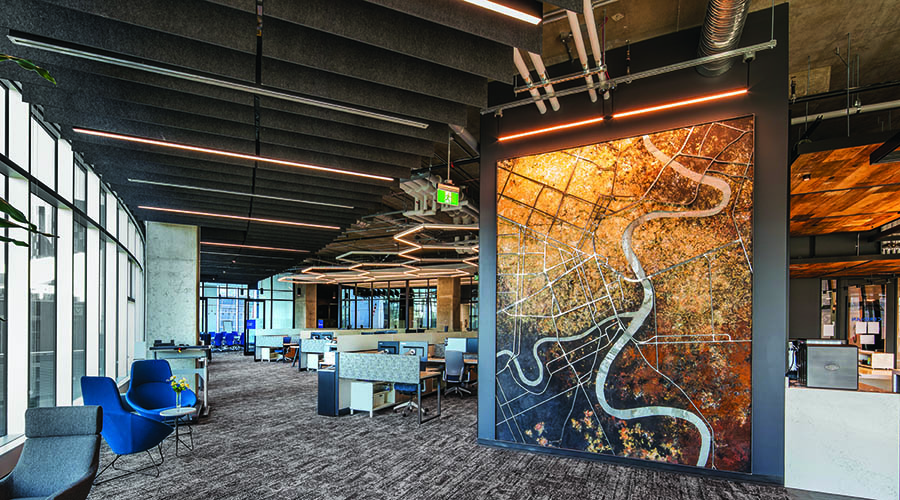