Judging by the numbers and types of bills considered during the 2003 state legislative sessions related to indoor air quality (IAQ), mold reigns as the IAQ issue of most concern to state legislators, according to Aerias™, an IAQ news clearinghouse.

About 60 pieces of IAQ-related legislation were considered this year by 27 state legislatures, according to aerias.com. The breakdown by major category is as follows:

Action is pending on a number of the bills considered.

Connecticut considered the most legislation with 10 bills, nine of which target school IAQ. Only one will become state law, however. Connecticut House Bill 6426 requires that all school buildings be inspected prior to Jan. 1, 2008, and every five years thereafter. Inspections will target levels of radon, bioaerosols, chemical compounds, and volatile organic compounds, as well as pesticide use and the degree of pest infestation, among others items.

The Texas legislature considered seven pieces of legislation, of which four will become laws this year, mostly concerning mold and mold remediation. Other laws establish a licensing system for mold assessors and remediators.

The amendments strengthen the codes, calling for fire sprinklers in all new nightclub-type facilities and in existing nightclubs with occupancies that exceed 100 people. Amendments include:

NFPA began formulating the amendments during a public forum and special meeting of the association’s technical committee in March, held in response to the E2 nightclub crowd-crush incident in Chicago and The Station nightclub fire in West Warwick, R.I. The February incidents claimed 121 lives.

Information about the codes.

In other standards news, the National Electrical Manufacturers Association (NEMA) has released MG 1-2003, Motors and Generators, a revised version of MG 1-1998.

This standard provides more than 500 pages of manufacturing and performance data related to electric motors and generators. Featured in the new version are expanded information on short-time rated machines, modified dimension tables and drawings, and updates to align the standard with the IEC 60034-5 standard.

Information about the standard.

First, a new benchmarking tool allows managers to use a year’s worth of energy data and other information to determine how their dorms score in relation to other dorms nationwide in terms of energy use. Buildings that score well in energy performance — 75 or better out of 100 — are eligible to apply for Energy Star designation, which signifies top performance.

Second, the Cash Flow Opportunity calculator provides precise answers to questions about energy-efficiency investments, including the amount of equipment managers can purchase with savings and the comparative benefits of immediate investment versus delayed investment. 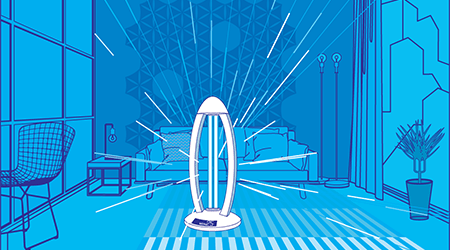