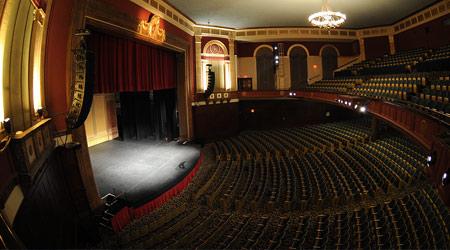 Opened more than a century ago, The Ebell of Los Angeles and the accompanying Wilshire Ebell Theater house a performing arts theater, office spaces for staff, and smaller rooms for special events. With the need to replace old, inefficient cooling towers and chiller system that only cooled the theater space, The Ebell of Los Angeles’ management team sought a new innovative HVAC solution to address the full needs of the theater complex.

The facility management team required a versatile system that would both respect The Ebell of Los Angeles’ recognized status on the National Register of Historic Places and meet the theater’s needs to cool, heat, and dehumidify the front and back stage areas. Additionally, the system needed to provide air conditioning for the building’s event hosting spaces, which were cooled with large and noisy portable air conditioners.

A key requirement for the new HVAC system was design flexibility. The facility's historic architecture presented a substantial obstacle due to the structural difficulties of installing outdoor units on the roof of the building, which meant the new system would have to be flexible enough to fit in the confines of the basement, where the old chiller was housed, and discretely around the exterior of the theater.

Finally, due to the varying occupancy throughout the entire property, the system needed to effectively condition each space with a wide range of heat loads and provide effective dehumidification to the cavernous theater space.

After carefully reviewing the requirements, the project team recommended LG AHU conversion kits paired with Multi V 5 Variable Refrigerant Flow (VRF) condensing units. VRF technology was selected because it excels at sensible cooling and the modularity of the design enables the overall system to properly condition the varied spaces throughout the theater and event spaces despite the heating and cooling load changes caused by shifting occupancy.

A custom-built system replaced the old chiller structure with LG’s condensing units, which were installed on the exterior of the theater. The new units feed into LG’s AHU conversion kits that are housed in the theater’s basement. The conversion kits, consisting of EEV kits and communication kits, were then able to communicate with coils stacked within the new custom AHUs to drive the temperatures of the coils lower to effectively dehumidify and condition the air to increase comfort. Additionally, LG’s MultiSITE Communications Manager was installed to allow the LG systems to communicate with third-party controls. 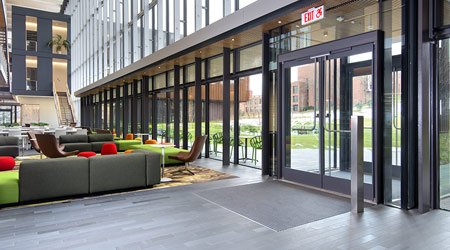 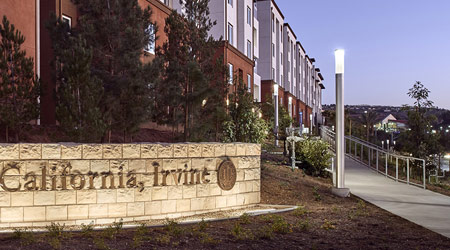 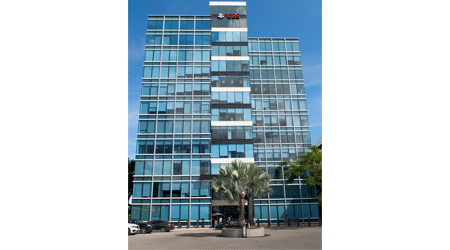