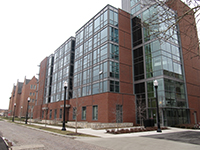 Among other innovations, the dorm was designed with a goal of exceeding ASHRAE 90.1 energy standards by 30 percent. The building’s ventilation system consists of 19 individual exhaust shafts, each made up of three layers of fire–rated drywall.

Pressure tests revealed significant leaks in every shaft. While the fire-rated dry wall was sufficient to keep out fire for up to three hours, with leaks, it did little to keep smoke from spreading from room to room.

The various leaks throughout the shafts would also drive up energy usage. Initial tests showed that 30 percent to 45 percent of heating and cooling energy was being lost. Additional energy would be needed to drive the exhaust fans at sufficient levels to ventilate all areas of the building.

It was clear the leaks needed to be sealed. However, to do so, workers would have to access the entire length of each of the shafts, and that meant tearing down most, if not all, of the building’s newly constructed walls, manually locating and sealing each leak, and then rebuilding — no minor setback.

Then an engineer remembered hearing about a duct sealing technology developed at Lawrence Berkeley National Laboratory that uses an aerosol-based approach to sealing ductwork.

The sealant is a vinyl acetate polymer with a cure rate of approximately two hours. It exhibits minimal VOC off gassing with no OSHA maximum exposure limitations. The process begins by blocking the wall registers so air can only escape through the leaks in the ductwork. The duct system is slightly pressurized and the sealant is then heated up and blown into the ventilation shaft. The dry 7 to 10 micron-sized adhesive particles remain suspended in air as they travel throughout the ductwork until they reach a leak. Here they begin to accumulate around the leak, bonding to other sealant particles until the entire hole is permanently filled.

In less than two weeks, workers had each ventilation shaft sealed and operating to both fire code and LEED Silver specifications. Aeroseal had located and sealed 98 percent of the leaks — without tearing down a single wall or disturbing any of the completed construction. 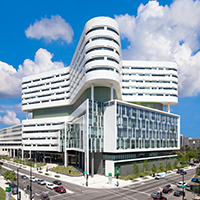 Rush University Medical Center in Chicago is undergoing a 10-year, $1-billion campus redevelopment project, which includes new construction, renovations of existing buildings, and investments in technology across the 30.5-acre campus. A major component of this transformation is a new 14-story, $654-million hospital tower standing out on the city’s skyline with a butterfly design and white exterior. 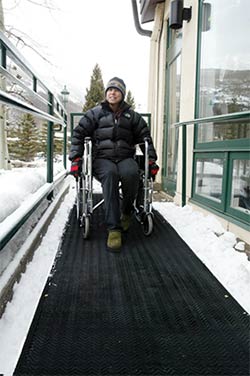 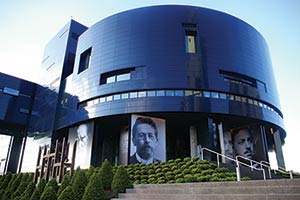