Energy-use data and analysis is crucial to identifying and picking projects that can have huge long-term impact on efficiency.
By Jerry Y. Burin and Syed Suhail   HVAC
OTHER PARTS OF THIS ARTICLEPt. 1: This PagePt. 2: For HVAC Optimization, High-Hanging Fruit Doesn't Have to Mean 'Expensive'Pt. 3: Case Study Shows HVAC Optimization Success

Although delighted to finally have access to his electric utility’s newly available metered usage data, if not in real-time then within a week of metered consumption, the data revealed the office building experiencing power draw at unexpected times. What were those unexplained loads that, although not a severe spike in demand at peak times, represented a surprising 600 KW during unoccupied hours?

The language of energy efficiency in buildings offers a variety of solutions: “harvest the low-hanging fruit,” “whole-building retrofit,” “smart metering,” “smart control strategies,” and “system optimization.”  They all offer effective pathways to improved efficiency, but often conflict in their meaning and their perception among building professionals.

The need for accessing HVAC performance data at scale is crucial to optimizing HVAC. But you also have to know how to manage and analyze such large sets of performance data to enable permanent long-term energy savings.

Like Hafney at Whitehurst Tower, building professionals and their technical operations team have relied on cues in the form of occupant comfort calls, BAS alarms, and unexplainable utility bill irregularities to alert them to adverse operating issues. In this instance, Hafney knew he wasn’t setting out to easily pick low-hanging fruit. Nor was it an equipment problem. The challenge was more stubborn, hiding from him, annoying him by its persistence. Hafney had an avoidable load to identify, and then control — seemingly an easy, low-cost task — but finding the load was difficult.

Data generated from the control network of an iconic late-1980s vintage 40-story multi-tenant office building revealed that its two built-up AHUs serving occupant floors were operating at modest speeds throughout the year and consequently underutilized compared to their capacities. This observation hadn’t previously been noted until the property launched the capability to capture granular datasets of AHU fan performance. A third and separate unit served its atrium and lobby.

This all-electric office tower was a well-run operation, already employing optimum start sequencing and discharge air temperature and static pressure reset of its AHUs, but its Energy Star score had been adversely impacted by the 2018 Energy Star baseline energy use adjustment.

To find this opportunity, AHU-3 operational data from January 2015 thru May 2016 was reviewed to establish a baseline condition. Average supply and return fan power draw were calculated at varying outside air temperatures to estimate the average fan energy usage. Fan and cooling energy savings resulted from reduced dependence upon AHU-3 for lobby and atrium comfort conditioning. Although baseline and post-implementation data were analyzed to determine potential energy penalty from increased airflow and chiller load, the data failed to reveal any adverse effect due to reduced utilization of AHU-3.

Should this initiative — automating a control sequence to take advantage of existing infrastructure — be characterized as low-hanging fruit? Is it really best described as the obvious or easy thing that could most readily be done to make progress toward a property’s cost reduction goals? Quite the contrary. Performing the system forensics, developing an ROI position, and making the case for reduced reliance on an AHU serving a common area was a feat of engineering by an innovative operations team, with significant energy saving results.

The source of power draw Hafney was searching for had been invisible until undertaking a pilot project to install wireless sensors and integrating power draw data with a fault diagnostics and detection (FDD) platform revealed thirty-eight 15-20 kW-rated stand-alone unit heaters maintaining a generous 50- to 65-degree temperatures in each floor’s fan room. Until then engineering staff had no visibility into this load. An investment in new thermostats controlling the unit heaters to an acceptable lower setpoint had a two-month simple payback — mystery solved and another 2 percent knocked off annual energy consumption. How easy to address once the challenge was visible. Was this one low-hanging fruit? Maybe more like an episode of the CBS drama “CSI – Crime Scene Investigation.” 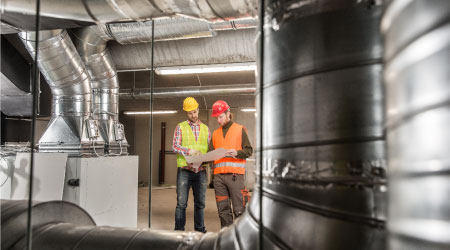 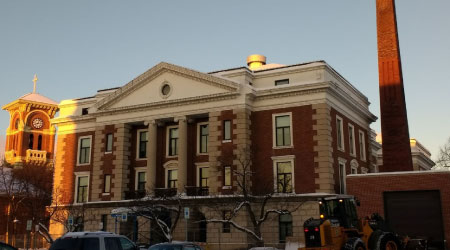