By Todd Dorius   HVAC
OTHER PARTS OF THIS ARTICLEPt. 1: This PagePt. 2: Focus on Ventilation and Scheduling Pays Energy DividendsPt. 3: Energy Efficiency Can Flow from Attention to Pumps, Fans

The search for energy savings in institutional and commercial buildings often centers on the usual suspects, including HVAC, lighting, and electrical systems.

HVAC systems are the largest energy users in most facilities, so maintenance and engineering managers tend to gravitate toward the latest technologies in an effort to curtail energy use and save money for their organizations.

While the latest technology might offer improved performance, it comes at a steep cost because some patented or unique new technologies command higher margins. Other new technologies replace existing systems that are old and inefficient but require costly modifications to the building itself. Still other new technologies work best in new construction, where designers can plan the systems as part of the whole building.

These considerations do not mean managers should avoid new technologies. But before they invest time and energy in new technology, they need to consider the savings opportunities related to existing systems and products, even technologies beyond HVAC systems that have successful track records.

Most institutional and commercial facilities today have a building-automation system (BAS), and those that do not often can add different levels of a BAS capability at a reasonable cost. In the most basic sense, a BAS can simply turn systems on and off as required, or technicians can program them to save energy by reacting to building occupancy loads or outside conditions.

Unfortunately, most facilities fail to take full advantage of a BAS. Many use only the rudimentary base programming that comes out of the box, while ignoring the remaining sophisticated programming that can create significant savings.

In many cases, a facility's use of a BAS is similar to having a NASA scientist perform elementary mathematics. Many manufacturers designed BAS with base programs, because the buildings were new, and owners and occupants had not decided on the way the building ultimately would operate or the functions it would provide. This situation is very apparent in buildings that were speculative shells, where the owner applied the minimum tenant finish to the HVAC system until it was built out for a client.

Consider a building with the original design consisting of a variable-air-volume (VAV) reheat system with a pre-heat coil in the air handler. Many facility technicians set these air handlers to operate at a discharge temperature of 55 degrees year-round, while some buildings have a winter setting of 65 degrees based on outside-air temperatures. The reheat coils at the VAV boxes make up the additional heating.

Many reheat systems are hydronic or electrical-resistance heating, while the pre-heat coil in the air handler is an indirect gas-fired heater. The energy costs of the pre-heat coil are generally less than those for the reheat systems, considering the additional electrical load of pumps or coils and the loss of efficiency converting gas to hot water or electricity at the building level.

If the BAS considered the position of dampers and reheat systems for all the VAV boxes, operators could set the pre-heat coil accordingly to maximize its use and minimize the reheat, thus saving energy. On extremely cold days, this situation might mean the pre-heat coil operates above 65 degrees. On cold days with a high solar load in a building with a great deal of glass, the operating temperature might be below 65 degrees, even though the outside-air temperature indicates a need for 65 degrees.

Energy Efficiency Can Flow from Attention to Pumps, Fans 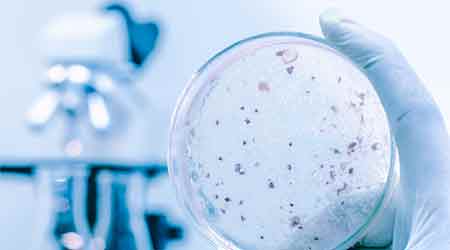 Energy Waste: The Benefits of Retrocommissioning