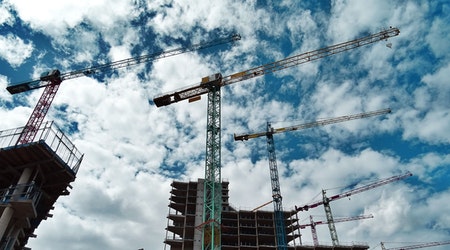 The effort to improve national energy codes affecting building construction continues to move ahead, but with noticeable variations among the states. As many states prepare codes to meet the federally mandated ASHRAE/IES 90.1-1999 standard, the next phase of code enhancements is already on the drawing board.

Technological improvements to energy-related equipment — chillers, windows and lighting systems — and a more aggressive approach by both federal and state government officials are accelerating the tightening of energy standards. Many states have already gone beyond the 90.1-1999 standard and are adopting the 90.1-2001 standard, which is not scheduled for mandatory adoption until January 2006.

Because the new rules, both the 1999 and 2001 versions, apply to both new construction and major renovations, facility executives need to keep pace with and prepare for the next phase of changes.

Where We are Right Now

Federal law, specifically the 1992 Energy Policy Act, requires states to update energy codes to meet or exceed the ASHRAE/IES 90.1-1999 standards by July 1, 2004. States that haven’t met the standard have to submit valid reasons explaining why. As of early June, most states have adopted or were in process of complying with that directive, while a few had still not fully complied with a 1992 requirement to meet ASHRAE/IES 90.1-1989 standards.

Roughly 20 states have already gone further, upgrading some or all of their energy codes to meet ASHRAE/IES 90.1-2001. California, Oregon, Texas, Florida, New Jersey, New York, Maine, Georgia, Pennsylvania and Ohio are among those states. That standard is tighter on some issues and looser on others than the 1999 version.

Other states, such as Hawaii and Florida, are looking to adopt the 2001 version before such action will be required in January 2006.

A few states, including California and New York, have moved beyond the 2001 standards in such areas as lighting density while adopting the 2001 standard in other areas, such as cooling towers. A few are going further by promoting adoption of the U.S. Green Building Council’s LEED (Leadership in Energy and Environmental Design) rating guideline as the preferred level of compliance, while using the 2001 standard as a minimum benchmark to beat.

A Patchwork Of Code

Neither the 1999 nor 2001 ASHRAE/IES standards apply to single or multi-residential buildings of three stories or less. They also don’t apply to modular or manufactured homes. Some aspects of the codes also differ based on climatic regions where those changes make a significant difference. For example, solar heat gain rules for windows are tighter for southern states.

While the federal government is trying to set the 1999 standard as the minimum for all new or significantly renovated buildings, the adoption and efforts to exceed both the 1999 and 2001 standards are resulting in a patchwork of rules that vary both in their strictness and geographic coverage.

Some states are, in effect, adopting the 2001 standard by accepting the International Energy Conservation Code (IECC) 2003, which incorporates many of the 2001 standards, but which applies mainly to residential construction. Several states, such as Nevada and Texas, are limiting application of the new rules to state-owned or -funded buildings. Others are applying the rules mainly to new equipment, such as chillers, that will be installed in new or renovated buildings. In north central Texas, recent amendments to its version of the IECC shifted backward from ASHRAE 90.1-2001 to the 1999 version. Some federal facilities are also early adopters of the 2001 standard. For example, U.S. Army building specifications for Ft. Detrich, Md., include the 2001 standard for new or significantly renovated buildings.

While Canada is not directly affected by U.S. energy codes, its CSA-C743-02 regulations have the same test methods and minimum energy efficiency levels for chillers and other equipment as ASHRAE/IES 90.1-2001. Natural Resources Canada, which is roughly comparable to the U.S. Environmental Protection Agency, has proposed acceptance of all present requirements in ASHRAE 90.1-2001. Canadian provinces have the latitude to interpret and set their own code levels.

While there’s currently no estimate of what the whole nation would save from early adoption of the 2001 standard, the impact of some aspects of the new code has been examined. The American Council for an Energy Efficient Economy looked at the benefits for the state of Georgia simply from improving the solar heat gain coefficient standard for windows. It found that 31 million kilowatt-hours per year would be saved — worth $2.5 million — and peak demand would be reduced by 26 megawatts for each year’s worth of new housing following this standard. As others examine improvements found in the 2001 standard, similar results are expected for other systems.

The E-Benchmark program developed by the New Buildings Institute seeks to push the envelope even further by setting ASHRAE 90.1-2001 as a level that conscientious architects and builders should exceed. Sponsored by a variety of state agencies, utilities and regional groups, the institute has indicated that available technologies offer options for significant savings in the range of 20 to 50 percent compared to ASHRAE 90.1-2001.

One of the institute’s sponsors is Efficiency Vermont, a state agency that supports energy upgrades through both education and financial incentives. It promotes two levels of energy efficiency targets using the E-Benchmark process: a prescriptive approach to reach target efficiency of 30 percent better than the 2001 rules and a simulation approach using computerized energy models to reach target efficiency 50 percent better than 2001.

To help facility executives to exceed the 2001 standard, the program offers performance criteria for most commercial building types. When applied to a typical two-story, 20,000-square-foot project in Vermont, they resulted in:

Program officials indicate that similar reductions are possible for other project types and found that “payback periods for these types of efficiency improvements are usually in the one- to five-year range.”

Lindsay Audin is president of EnergyWiz, an energy consulting firm based in Croton, N.Y. He is a contributing editor to Building Operating Management magazine./p> 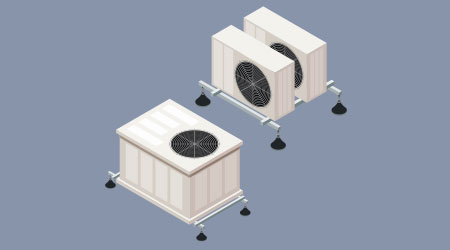