Addenda to various standards, including 15 (refrigerant safety), 34 (classification of refrigerants), 55 (thermal comfort), 90.1 (energy efficiency), 62.1 (ventilation), 62.2 (residential ventilation), and 135 (BACnet) are open for review, as are seven standards and one guideline.

Among the proposed addenda to Standard 90.1 is addenddum ap, which would modify the requirements for demand control ventilation; adding the demand controlled ventilation requirements to the simplified approach in order to keep the stringency of this path the same as the mandatory plus prescriptive path of compliance.  Also proposed is a change to addendum af to modify energy savings requirements to recognized varied piping material pressure drops.

Six proposed addenda to Standard 62.1 are open for comment, including a proposal regarding outdoor air cleaning. Addendum 62.1c adds significant air cleaning requirements in many locations within the United States. Regarding particulate matter 2.5 micrometers and smaller, for buildings in those U.S. locations established as non-attainment for PM2.5 by the U.S. Environmental Protection Agency, 62.1c would require that the ventilation system include particle filters rated at least MERV 11 (installed between the outdoor air intake and the occupied zone). Regarding ozone air cleaning, the proposed addendum would require that the ventilation system include ozone air cleaners rated for at least 40 percent ozone removal efficiency.

Also open to public comment is a proposal to withdraw Standard 52.1 -1992, Gravimetric and Dust-Spot Procedures for Testing Air-Cleaning Devices Used in General Ventilation for Removing Particulate Matter. The most important features of this standard, dust-holding capacity and arrestance, have been incorporated into Standard 52.2-2008, Method of Testing General Ventilation Air Cleaning Devices for Removal Efficiency by Particle Size. 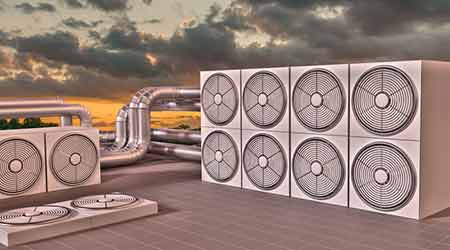