During our inspections, we noted the following issues:

Water content. The waterside, fireside and exterior surfaces of the boilers that had been flooded were exposed to seawater containing high concentrations of salt, sediment, pollutants and other minerals, as well as organic materials. The affected neighborhoods typically experienced sewer backups, as well as seawater flooding. Those waters contained materials that would cause corrosion in these boiler surfaces.

Thermal shock. Quantifying the effects of potential thermal shock on equipment was not possible. The assumption was that most boiler systems were operating at 180 degrees, consistent with typical conditions for late October 2012, with flood water at about 58 degrees — the water temperature Battery Park City on Oct. 25, 2012, resulting from rapid quenching for 15 psi low-pressure steam boilers and causing a rapid quenching in the systems. According to ASME Recommended Guidelines for the Care of Power Boilers Subsection, C8.600 Corrosion Cracking of Boiler Steel, "(d) Corrosion fatigue cracking is transcrystalline cracking due primarily to internal stresses set up by repetition of temperature changes, quenching action, or cyclic mechanical stresses, such as vibration."

Contaminants. Although potentially cleaned, the contaminants found in the seawater — salt, minerals, and organic material — were not specifically removed after the water drained from the boilers. They had been in place for seven months at the time of inspection. Without proper cleaning, the isolated corrosion continued due to exposure of these contaminants to air and humidity in the atmosphere.

Damage. It was not possible to ascertain hidden damage by visual inspection. We concluded damage had occurred and was continuing to occur.

Stress points. The biggest damage concern was concentrated at stress points within the boiler — tubes, tube sheets, tube ends, fittings, welds, valve connections, bolt-connections, etc. The damage was affecting the surfaces in contact with the water or flue gases, as well as the structural elements of the boiler. Many of the existing, somewhat ancient boilers had been spot-repaired throughout the years.

Firebrick. Boilers that contain firebrick in their combustion chambers would have been submerged in sea-water. Firebrick is porous and would have absorbed water. If it was not thoroughly and completely dried before it was exposed to heat when the boiler was fired, the internal moisture would have formed steam, which then would have caused the firebrick to crack and crumble.

It is not practical to dry out the firebrick thoroughly while in place. It would have to be removed and baked dry at low temperatures. This alternative was also not practical, since this type of facility is not available. 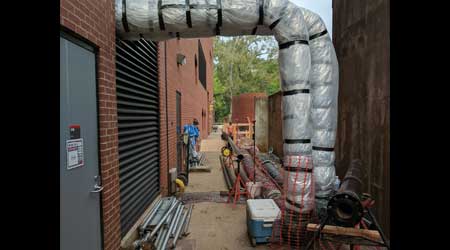 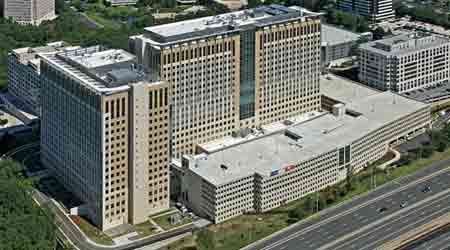