Make sure your project team is well-versed in modeling tools, metrics, data analytics and more to ensure your new HVAC system achieves long-term goals of efficiency and sustainability.
By Varun Kohli and John Rozeluk   HVAC
OTHER PARTS OF THIS ARTICLEPt. 1: Sustainable HVAC: Plan Early and OftenPt. 2: This PagePt. 3: FM's Role in Sustainable HVAC Planning

For the most sustainable HVAC system and the most predictable project outcomes, assemble a project team that will deploy analytics and modeling. Their work will arm the facility manager to make (and defend) the best decisions, as they allow for rightsizing and informed design options. Analytics are used to fully understand the site, to compare building orientations, to evaluate shading and glazing choices, and to identify ways to maximize passive design elements such as free cooling and interior daylighting.

By using these modeling tools and better metrics, the project team can determine how to reduce peak loads, for example, in the energy analysis phase — not after system commissioning, when it’s too late. Instead, modeling the peak loads makes it possible to design a system that will shave those peaks, which brings down first costs since smaller equipment sizes are now possible. Another example is the modeling of convective gains at the building perimeter — a key step allowing the façade design to be fine tuned (or remedied).

After the analysis phase is complete, it’s time to choose suitable HVAC technologies, whether for an airside variable-air-volume (VAV) system or a hydronic plant. The team is armed with data to confidently select smaller pipe sizes, to reduce coil loads, and to locate effective occupancy controls and sensors. A novel solution may be chosen, such as chilled beams as part of a radiant system. In most settings, heat recovery can be used to close the loop and save even more energy. 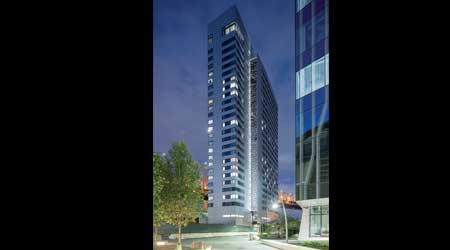 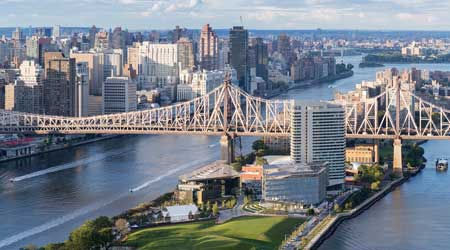 (For The House at Cornell Tech, a 350-unit residential project that is Passive-House certified, a high-performance facade and careful siting reduce heating and cooling loads compared to a typically designed building. Located on Roosevelt Island in New York City, the structure has prefabricated, insulated facade panels, and a low surface-to-volume ratio reduces thermal transfer between inside and outside. The House’s north-south orientation maximizes solar gain in winter and minimizes gain in summer. Photos Courtesy of BuroHappold)

To achieve those long-term benefits, facility managers need to commit to several best practices in building pre-planning. Number one is assuring an integrated process with all key consultants and designers, including mechanical, electrical, and plumbing (MEP) engineers and sustainability experts on the team prior to making any design decisions, including decisions on the building’s siting, orientation, and massing. These choices have a great influence on passive solar loads, for example, which should be reduced as much as possible.

In the programming phase, the team should verify the local climate and how the building and its spaces will be used. This is often called “front-loading the design process” — even before they know how the building will look, the team already understands the potential loads for solar, ventilation, humidity and in some cases major interior load sources, such as a swimming pool or data center. From these parameters, the sustainable design path seeks not to overbuild: Readily available technologies, including design analytics and modeling, are used to fully evaluate all the information gathered and to find the leanest, greenest HVAC solution — the one with the smallest sizes and loads and the fewest moving parts.