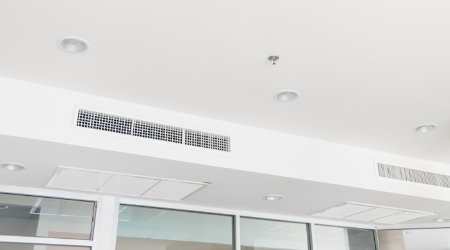 In recent years, facility managers have begun to rethink their approach to building ventilation. A number of factors have been driving this trend: first, the buildings community is paying more attention to the energy costs of ventilating with large amounts of outdoor air. Second, there is growing recognition that alternatives to an outdoor air-heavy approach might be more reliable at keeping contaminants within safe levels.

Techniques that either filter or neutralize contaminants can reduce energy costs and provide equivalent or even better air quality. However, integrating these technologies into buildings can be challenging, and careful attention must be paid to how a technology interacts with a building’s HVAC system for it to be effective.

Adsorbent air cleaning (AAC) is a technology that controls two of the most common contaminants in buildings — carbon dioxide and volatile organic compounds (VOCs). Adsorbent air cleaners place highly porous materials similar to activated carbon within an airstream. As air flows through, the contaminant molecules “stick” to the porous surfaces due to electrostatic forces, while clean air comes out downstream. The system filters air while the building is occupied. At night, the air cleaners seal themselves off from the rest of the ductwork while internal heaters increase the temperature of the adsorbent media. This process, called regeneration, loosens the contaminants from the media. Finally, an exhaust fan removes the contaminated air through a dedicated duct, leaving the regenerated air cleaners ready for the next day.

AAC systems are modular, which allows them to be easily matched to the size of an HVAC system: if you need to filter more air, simply install more modules. The AAC modules are installed in the highly contaminated return air stream. After passing through the modules, the filtered air mixes with outdoor air and passes through the rest of the air handling unit as it would normally. The removal of CO2 and VOCs allows operators to substantially reduce the flow of outside air — sometimes as much as 70 percent. In retrofit applications, this reduction leads to energy savings. In building addition projects, AAC modules are used to substitute for increased outdoor volume, which offsets the need to install additional HVAC system capacity and can reduce a project’s capital cost.

Although AAC technology can realize substantial benefits, success requires careful integration with a building’s HVAC system and a detailed understanding of how the system’s design and operation dictate its energy use. The technology relies on the ability to accurately monitor and control the flow of outside air, which can be compromised by improperly installed or calibrated airflow monitors, stuck dampers, or improper fan control.

Design features of some HVAC systems may limit the opportunity to reduce outside air; for example, buildings with large volumes of local exhaust without a dedicated makeup air system require substantial outside air flows to avoid building pressurization issues. A system might be operated in a way which already limits its cooling or heating demand, leaving little opportunity for further reductions. For example, a building may keep its supply air temperature low during the winter if it still has substantial cooling loads, which may eliminate the need to preheat incoming outside air. When considering air cleaning for a building, a facilities manager or designer should confirm that the HVAC system is in good working order and that design conditions are suitable for the success of the AAC system.

With the attention paid to Covid-19 during the past year, some consideration should be given to the role AAC plays in protecting against disease transmission. While AAC does not directly remove or neutralize pathogens, it can play an indirect role by improving indoor humidity control. Relative humidity between 40 and 60 percent limits bacteria and mold reproduction and reduces the mechanisms of viral transmission. Thus, AAC can play a supporting role in ventilation system infection control.

Adsorbent air cleaning represents a new approach to ventilation, filtering out CO2 and VOCs instead of diluting them with large amounts of outside air. By reducing reliance on outside air, air cleaning saves cooling and heating energy while being able to maintain safe concentrations of contaminants. To realize the benefits, operators and designers must take care to ensure the HVAC system is compatible with reducing outside air and has cooling and/or heating demand to reduce. When properly applied, it joins a growing list of alternative options to the old outdoor air-only paradigm.

Drew Morrison is an energy engineer with Slipstream. He works with building owners, architects and engineers to design buildings which achieve a high level of energy performance in tandem with a high degree of occupant health and comfort. 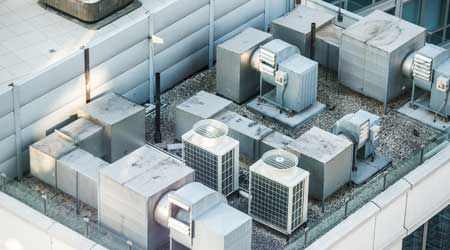 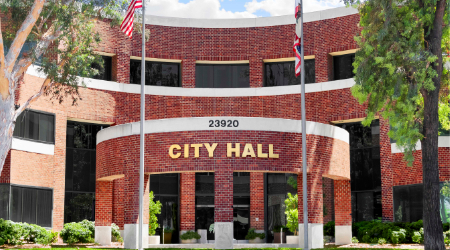