Part 1 of a 3-part article on fleet management

Pelican Bay presents an array of challenges that would test the fleet of grounds, construction and transportation equipment in almost any institutional or commercial organization. The 2,200-acre community located on Florida’s Gulf Coast near Naples includes streets, walkways and parks, as well as lakes, Gulf of Mexico beaches, and 500 acres of naturally protected land.

With a population of about 6,400, Pelican Bay is a separate community within the city of Naples and Collier County. The area is a mixed-use planned community development that includes residential, commercial, and public areas. The many different kinds of landscapes require that Pelican Bay deploy a fleet of vehicles capable of handling an array of tasks daily.

“It’s rare that all of my vehicles are not being utilized,” says Marion Bolick, Pelican Bay’s operations manager, who oversees the fleet. “We don’t have extra vehicles in our fleet, so when one goes down for repair or maintenance, that’s one of our biggest challenges — getting crews deployed throughout the property in an efficient manner.”

Focus on the fleet

The community’s operations staff includes 13 full-time employees, all of whom work for Collier County, Bolick says. Any temporary labor positions are under the Pelican Bay Division jurisdiction. Residents pay an assessment to receive an exclusive staff for public services.

The Pelican Bay staff maintains about 10 miles of streets and walkways, 36 acres of turf areas and 57 acres of landscape along roads and walkways and in two community parks.

Staff also handles the grounds for the commons, which is the headquarters for the homeowners association, and the community center, a multipurpose facility that hosts meetings and other public events.

Of the many challenges Bolick and his staff must contend with, dangerous weather presents significant concerns.

Pelican Bay sits in an area that sees frequent lightning strikes. As a result, one of the staff’s regular tasks involves repairing streetlights and poles that have suffered lightning and storm damage.

“We have somewhere around 1,000 light poles to maintain, and with southwest Florida being the lightning capital of the U.S., we recently had lightning strike one of our poles that we had to replace.

“The pole didn’t get knocked down, but it knocked the light off and damaged the concrete pole, so it will have to be replaced. It’s the second or third time within a year we’ve needed to replace a pole, so it’s more common than I want it to be.” 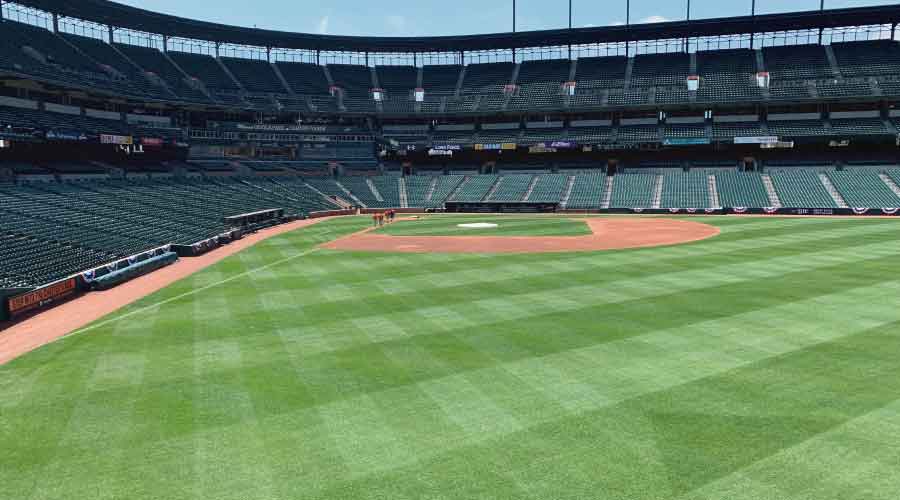