The economics of wind and solar are improving every day, making these renewable energy projects more and more attractive for facility managers. A new study by non-partisan think tank Energy Innovation says solar and wind, largely because of better economics, will result in these renewable sources almost fully replacing coal by 2025.

“America has officially entered the “coal cost crossover” – where existing coal is increasingly more expensive than cleaner alternatives,” according to Energy Innovation. “Today, local wind and solar could replace approximately 74 percent of the U.S. coal fleet at an immediate savings to customers. By 2025, this number grows to 86 percent of the coal fleet.”

Still, the question remains: If the sun isn’t shining or the wind isn’t blowing, will facility managers need to resort to their backup generators to power their facilities? Of course not, say experts. That’s because, for one, the economics of battery and other storage technologies are improving at nearly the same rate as renewables. Also, utilities know to vary their load profile, using electricity from a variety of sources.

As more and more facility managers look at reducing their organizations’ greenhouse gas emissions – many with a goal of carbon neutrality – the improving economics of renewables comes as welcome news, as does the phasing out of dirty electricity sources like coal.

Fire at Notre Dame Cathedral Could Be Linked to Renovations 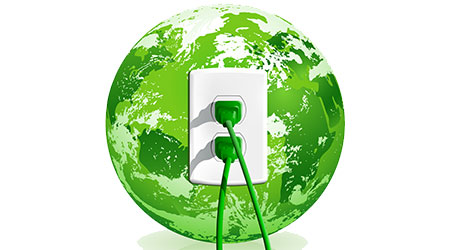