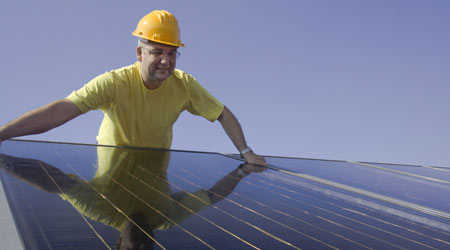 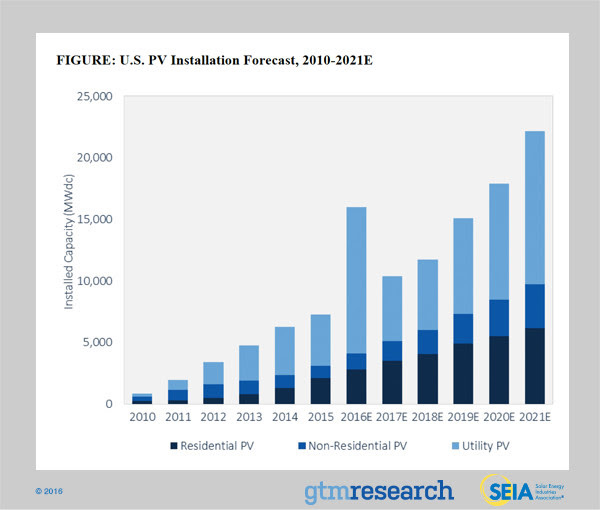 The report, published by GTM Research in conjunction with the Solar Energy Industry Association, predicts 16 gigawatts of solar will be installed in the U.S. this year, more than doubling the 7.3 GW installed in 2015 — which is enough to power 5.4 million homes. The 2015 installations were up 14 percent from 2014, again setting a record.

Other key figures from the report: In 2015, 13 states installed more than 100 MW of solar, which is up from just nine states in 2014. And, significantly, for the first time ever, solar beat natural gas capacity additions. Solar supplies 29.4 percent of all new electricity generating capacity brought online in the U.S. in 2015.

Read more from him about solar’s growth. 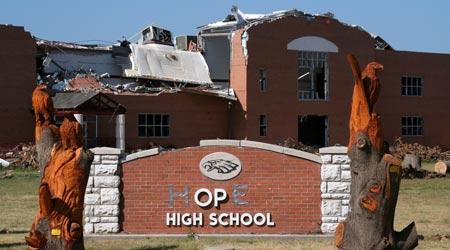 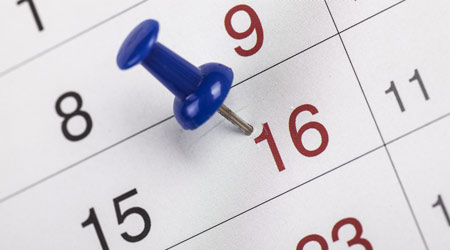