Water-saving strategies can bring savings in staff time as well as utility dollars. And in new construction, measures may bring little additional cost

Most facility executives would probably agree that energy conservation pays off both financially and environmentally. But what about water conservation? Does it have a similar payoff?

It’s true that for most facilities the cost savings attainable through water conservation measures are less than those offered by energy efficiency improvements. However, water conservation does offer real financial benefits, and its environmental advantages are significant. What’s more, many water conservation steps are low-cost and low-impact.

Experts say population growth, infrastructure problems and environmental factors are converging to reshape the nation’s water landscape. Facility executives in parts of the country not traditionally concerned with water conservation may be surprised to learn that, as a result of these changes, water may soon become a concern for them, too.

“We use it as if there is an endless supply, but the reality is that water is a finite resource,” says Steve Cannon, executive director of the Gwinnett Environmental & Heritage Center. “We pour and flush it by the bucket, but the whole notion that water is cheap and limitless is something we’ve got to change.”

“A recent report by the U.S. Government Accountability Office (GAO) projects that in the next 10 years, 36 states will experience some sort of water shortage,” says Virginia Lee, marketing and communications specialist with the U.S. Environmental Protection Agency’s (EPA) new WaterSense program.

Aging and overburdened public water systems are a major factor in the GAO’s projection. A recent EPA survey revealed that, in water systems that serve more than 100,000 people, about 30 percent of the pipes are between 40 and 80 years old and about 10 percent of the pipes are more than 80 years old. According to research conducted by EPA and water industry groups, communities in the United States will require between $300 billion and $1 trillion over the next 20 years to repair and upgrade drinking water and wastewater facilities to meet a growing population’s needs. Much of that funding is currently unaccounted for.

Natural factors also come into play. Atlanta, for instance, has a relatively lush climate with plenty of rainfall. However, the city’s high elevation and limited watershed combine to make water capacity a major challenge for this fast-growing city.

“Water is projected to be the factor that limits growth in Atlanta,” says Jim Nicolow, senior associate with Lord, Aeck and Sargent Architecture. “Along with that, water is going to be getting more expensive. Here in Atlanta, they expect water rates to continue to outpace inflation.”

At the same time, demand for water is likely to continue to rise. The population is growing, with the fastest growth occurring in some regions where water is already in short supply, according to the GAO report, “Freshwater Supply: States’ Views of How Federal Agencies Could Help Them Meet the Challenges of Expected Shortages.”

According to the report, the states of California, New Mexico, Arizona and Nevada, which are already stretching available water supplies, each expect to see population increases that top 50 percent from 1995 to 2025.

Furthermore, if scientists’ predictions about the Earth’s climate are on target, hotter temperatures across the board will only increase demand for water for cooling, irrigation and other uses. Meanwhile, climate change will adversely impact water supplies in some areas — especially those that rely heavily on melted snow runoff for their freshwater supply.

Taken together, all this combines to build a strong case for looking into water conservation now.
Water Conservation 101

The bad news on water conservation is that most facilities have a long way to go. The good news, says Cannon, is that achieving water-efficiency goals doesn’t have to be painful.

“It’s a matter of just asking ourselves ‘How can I be more efficient?’” he says. “‘How can I incorporate just a few technologies or change design practices a bit here and there to enhance water conservation?’”

Indeed, through a combination of newer technologies and tried-and-true conservation methods, facility executives can reduce water consumption relatively easily. Not surprisingly, a lot of the most critical steps start in the restroom.

“In a conventional commercial building, about half the water goes into the plumbing fixtures, and about half of that is the toilets,” says Nicolow.

“We may think we’re doing what we can by installing low-flow toilets,” says Cannon. “That is a step, but the 1.6 gallons of water used for a flush is still more than the average person in the world will get in an entire day for drinking, cooking, washing or anything else. So we’ve got to do more.”

Fortunately, says Nicolow, “with just a handful of strategies, you can easily cut water use in half for the plumbing fixtures.”

New technologies aimed at decreasing restroom water use are entering the marketplace, creating additional options for new design and retrofit. For example, dual-flow toilets further reduce water usage by varying the quantity of water used for a flush: 1.6 gallons for solid waste, and close to half that amount for liquid waste. The cost of a dual-flush toilet is generally comparable to that of a conventional toilet. And the plumbing is the same — only the flush valve itself needs to be changed in a retrofit.

“Waterless urinals completely eliminate the water used for flushing,” says Nicolow. “And in new installations they are actually less expensive than regular urinals because you don’t have to install a water supply line.”

Faucets, too, offer opportunities for increased efficiency. Low-flow automated faucets minimize the water used for hand-washing and eliminate the problem of faucets being left on accidentally.

Sound maintenance practices also support the achievement of water conservation goals. Keeping restroom plumbing in good repair and checking fixtures regularly for leaks is a must.

Experts note that emerging technologies may further reduce the amount of water consumed by restroom fixtures. These include composting or incinerating toilets, which use no water at all. Technologies like these are interesting, in part, because they may pave the way for development in areas where septic systems cannot be accommodated.

“These are not things we’re likely to be seeing in Class A office space anytime soon,” says Nicolow, “but they may make sense for some applications, and they do indicate where these technologies may be headed.”

Along with examining how much water a building consumes, experts suggest that facility executives think creatively about what kind of water gets used, and for what purpose.

“Toilets are not the best use of potable water,” says Nicolow.

Rather, experts advocate approaches that use non-potable water when possible. For example, some facility executives are exploring creative ways to collect and store rainwater for use in applications where potable water is not required. The technology can be as simple as a rooftop tank with a gutter and a strainer, says Stephanie Tanner, environmental engineer with EPA’s WaterSense program.

Water collected and stored from a roof and reused can also potentially reduce the burden on a city’s storm sewers. In some cities with combined sewer systems, large rainfalls overwhelm the system, forcing untreated sewage to be discharged.

“The rainwater then goes into a filter and UV treatment system, and it can be used for many different purposes, from irrigation to flushing toilets,” she says.

Other organizations are using detention ponds to store rainwater runoff for later use. Unlike retention ponds, which are designed to prevent flooding by slowing the flow of water through a stream, detention ponds can hold rainwater indefinitely, until the facility is ready to use it for another purpose.

Reuse water — a by-product of the wastewater treatment process that has been treated and is suitable for non-drinking purposes — also holds promise as an alternative to using potable water for some applications. “We use it to heat and cool our facility,” says Cannon.

In addition to conserving valuable drinking water, this use of alternatives to potable water can save money.

Innovative solutions like these do come with challenges. In parts of the country where water conservation has not been a priority, building codes may reflect a general lack of understanding about some water conservation measures. Implementing these measures may therefore involve a process of advocacy and education.

“Today in Georgia, the state building code will not allow you to put anything in a building other than potable water,” says Cannon. “To use reuse water in our building, we had to jump through a lot of hoops.”

Cannon’s organization, Gwinnett Environmental & Heritage Center, recently built a 53,000-square-foot facility that uses 75 percent less water than a typical facility its size. To assuage concerns about cross-contamination, designers for the project created a physical disconnect between the pipes carrying reuse water and those carrying potable water. If the reuse water system ever fails, the plumbing would have to be altered to allow a changeover from reuse to potable water throughout the facility.

Adding Up the Benefits

In general, the savings from water conservation improvements do not rival those delivered by energy efficiency measures. And water incentives can be hard to come by: Because water conservation does not yet command much attention in most parts of the country, rebates and incentives for upgrading water systems are scarce.

“Any incentives that may be available are going to be offered on a local level, and that’s mostly going to be in regions where water shortages have historically been a problem,” says Tanner.

What’s more, programs like the U.S. Green Building Council’s LEED rating system do not emphasize water conservation. “Water efficiency is the smallest of the LEED categories,” says Nicolow. “There are really only five points targeted for water efficiency.”

Some facility executives may regard these factors as disincentives to pursuing water conservation. Yet experts warn against overlooking the advantages — and the importance — of pursuing water-saving improvements. The financial savings, though often modest, are real and can come with relatively little up-front investment.

For retrofits, Tanner indicates that most paybacks fall in the range of five to 10 years, and less in some cases. In addition, she says, water-saving measures often bring bonus benefits and savings.

“A lot of people have already gotten the low-hanging fruit of energy efficiency,” she says. “But when they start to look at water they realize there are a lot of synergies.”

For instance, maintenance and operating costs may be reduced as a result of water-saving measures. Waterless urinals never overflow, and they don’t have plumbing that can spring leaks; draining cooling towers only when necessary can save considerable time and labor; and eliminating the need for irrigation means savings on landscaping maintenance over time.

Above all, however, experts recommend that facility executives approach water conservation as responsible “future-proofing.”

“When you make reducing water use a priority, you’re being a good corporate citizen and doing something that’s good for the earth,” says Nicolow. “In the long run, though, the more self-serving benefits will make themselves known.” 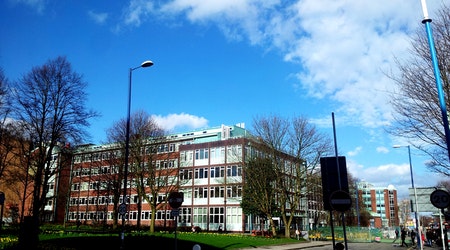