By Jacob Kriss
Green
OTHER PARTS OF THIS ARTICLEPt. 1: LEED v4 Requires A New Facility Management Approach To LEEDPt. 2: LEED v4: How Energy And Atmosphere, Materials And Resources And Indoor Environmental Quality Requirements Have ChangedPt. 3: Lessons Learned From A LEED v4 Beta ProjectPt. 4: This Page

With 2013 now in the books, the U.S. Green Building Council (USGBC) is again recognizing the states that are leading the movement for healthier, high-performing buildings with its ranking of the Top 10 States for LEED.

The 2013 Top 10 list includes some states that are perennial powerhouses for LEED and have made the list for the last several years. Illinois moved into the No. 1 spot in 2013, certifying 171 projects representing 2.29 square feet per resident. The mid-Atlantic region also continued its progress toward a sustainable built environment, with Maryland and Virginia earning spot Nos. 2 and 3, respectively certifying 2.20 and 2.11 per resident. Washington, D.C., while not counted among the states for the 2013 list, saw similar success, certifying 32.45 square feet for each of its approximately 600,000 residents in 2013.

The list ranks states based on their per-capita square footage of commercial and institutional space certified in 2013. The per-capita measure, calculated by dividing square feet certified by the official 2010 U.S. Census population figure for each state, allows for a fair comparison of the amount of green building taking place in each state relative to its population. It's also a human measure of green building, as LEED is as much about protecting people who use these buildings every day to live, work, learn, and play as it is protecting the planet.

The Top 10 States for LEED reflects a strong year for the rating system in general. Worldwide in 2013, USGBC saw 4,642 commercial and institutional projects certify, representing 596.8 million square feet of real estate, up from 4,215 certifications in 2012 and 3,655 in 2011. In December 2013, USGBC certified its 20,000th commercial project, followed by its 50,000th housing unit certified under the LEED for Homes rating system just a few weeks later, in January 2014.

Also in 2013, USGBC launched LEED v4, the newest version of the rating system that continues to raise the bar for the entire green building industry, which McGraw-Hill Construction projects could be worth up to $248 billion in the U.S. by 2016. LEED v4 features increased technical rigor; new market sector adaptations for data centers, warehouses and distribution centers, hospitality, existing schools, existing retail, and midrise residential projects; and a simplified submittal process supported by a robust and intuitive technology platform.

New exams for the LEED Accredited Professional (LEED AP) and LEED Green Associate exams will be available June 30th. The new exams will include content for the new version of LEED — LEED v4. The last day to take LEED 2009 exams will be June 15th.

The Healthier Hospitals Initiative (HHI), which was launched in 2010 by twelve hospital systems, is rapidly growing as healthcare organizations buy into the goals to boost sustainability, improve purchasing practices, and lower energy costs. The current number of hospitals enrolled in the initiative is 837, according to HHI.

More than one quarter of the group's members are targeting safer chemicals. The focus on phthalate plasticizers in polyvinyl chloride has continued to expand, while a few also are questioning the safety of other plastics including polycarbonate.

HHI is an offshoot of Practice Greenhealth and Healthcare Without Harm, a group started by Gary Cohen in 1996 after the U.S. Environmental Protection Agency identified medical waste incineration as the leading source of dioxin, a carcinogen. The group shifted its focus to mercury as hospital waste incineration collapsed under its own weight as economically unsustainable.

LEED v4: How Energy And Atmosphere, Materials And Resources And Indoor Environmental Quality Requirements Have Changed 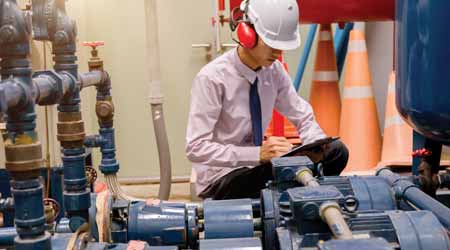