By David Lewellen   Green
OTHER PARTS OF THIS ARTICLEPt. 1: Companies Such As Walgreens, GM Are Among Top Solar Energy ProducersPt. 2: This PagePt. 3: Photovoltaics: Five Things To Check Out Before Beginning A Solar Power InstallationPt. 4: Retail Facility Planning Considerations for Solar Panels

Although many companies rely on installers to help them find incentives to go solar, once the panels are in place, ownership and use may be structured several different ways, as a look at FedEx, GM, IKEA and Walgreens shows. Viccaro says that, of FedEx's six American solar arrays, the company owns one, leases two, and has power-purchase agreements on three, in which a third party owns the array and sells the power to FedEx at a bargain rate. The incentive offered by the state or utility company is usually the decisive factor, Viccaro says.

Most often, the power is directly consumed by the building, but "on a sunny Sunday afternoon" the meter may run backward as the array sends electricity to the grid. At FedEx's two New Jersey facilities, Viccaro says, solar generates about 30 percent of the building's energy load, which is large; the distribution centers are heavy on conveyors, sorters, and electronic equipment.

Threlkeld says most of GM's installations are third-party-owned; the power generated goes to the utility grid, and in return the company gets a lower rate.

Threlkeld says that GM has installed solar panels at nine facilities since its first one in 2005. GM plans to use 125 megawatts of renewable energy by 2020, or the equivalent of six assembly plants.

Unlike many companies, Ikea has chosen to own their solar systems. "There's millions of dollars of inventory inside each building, and we want to control the roof," Roth says. The company is working with five or six installers, he says, and benefits from ordering in bulk. The systems are connected to the grid, but the power generated goes directly into the buildings.

Walgreens has a similar arrangement for its solar facilities, but it is unusual in installing panels on "a lot of little locations," says Colwell. The chain has put PV arrays on about 130 of its neighborhood drugstores, which average around 14,000 square feet and can generate 30 to 50 kilowatts. That amount represents 20 percent to 30 percent of a store's power needs, Colwell says, and the company views it as "a risk management tool. We know what our rates are going to be; we have some price certainty."

All electricity generated by Walgreens' systems is consumed within the store, Colwell says, and the power company has no involvement except for offering incentives.

Companies Such As Walgreens, GM Are Among Top Solar Energy Producers

Photovoltaics: Five Things To Check Out Before Beginning A Solar Power Installation 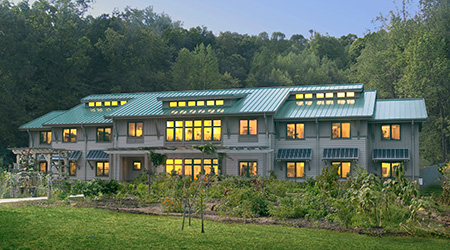 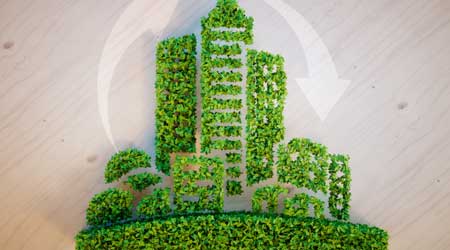