By Sean Zaudke and David Reid   Green
OTHER PARTS OF THIS ARTICLEPt. 1: High-Performance Exteriors Require Creativity, CommitmentPt. 2: Attention To Detail Helps Eliminate Envelope LeaksPt. 3: This PagePt. 4: With Water A Concern, Education Was Key To Convincing Owners To Use Open-Ventilated Rain Screen

What happens if you gave a brutalist building a hug? In the case of the Lawrence (Kan.) Public Library, the city rekindled a flame with an old friend. Such became the spirit of the renovation project for the 1972 library building that occupies a historically significant area in the heart of downtown.

The project shows that complex and expensive mechanical systems that only a rocket scientist can maintain aren’t a necessity for owners who want to realize significant operational cost savings.

The construction of the original building was typical of its era: a massive concrete structure with minimal insulation; poor performing single-pane glass; and minimal interior views and daylight. As a bond issue was promoted for the renovation and expansion of the public library, several goals were established with the community: improve energy performance and operating costs; create a welcoming user experience; and establish a new civic icon for the community.

Knowing that energy performance could have the largest impact on design strategies affecting building expansion, the design team began there, with an energy model of the existing building. Overlaid on the existing conditions, the model tested a variety of different design parameters including massing, solar orientation, system R-values, sun shading, and window-to-wall ratios. Assuming optimal R-values and thermal coefficients could be obtained, the team concluded that the library could add 50 percent additional square footage while reducing overall energy consumption. It’s particularly noteworthy that this would be accomplished using the existing mechanical systems of the building. In other words, the improved energy performance could be addressed predominantly at the building envelope without using new and exotic mechanical systems. But how to best add the additional square footage?

The answer came from daily observations of how the community was using the facility. One of the most conspicuous observations: The areas that had access to daylight were always full, and the areas deeper in the library were empty.

This observation led to a simple concept for the building: to create a library that provides continuously day-lit reading spaces. To best accomplish this, working within the limitations of the existing building exterior, the entire existing building was wrapped with a linear addition, like giving it a hug.

Although that approach was criticized as being more expensive, hard data ultimately supported the concept. The continuous nature of the addition would create a new thermal envelope for the completed building, greatly increasing its R-values and energy performance as well as mitigating moisture infiltration. The fenestration ratios could be dialed into the precise values at each exposure to optimize solar heat gain and daylighting.

The continuous reading space also helped accomplish the goals initially listed during the bond campaign. Because it was an open reading space, it would harvest daylight deep into the building and act as a clear way-finding tool for the users.

A terra cotta rain screen system was used for the exterior cladding. This system allowed the envelope to function at a high-performance level with an uninterrupted insulation and air/moisture barrier. A natural terra cotta color was selected to harken back to the historic nature of downtown Lawrence. This color was woven across the façade in a 6-by-60-inch module, giving the library a more modern appearance, and allowing it to bridge the community’s past and future.

The existing building shell is celebrated, becoming a “filtered edge” that defines various interior spaces. The public has indeed found the library to be a long lost friend. As Brad Allen, library director, says, “Opening the building up to more daylight and visual connections between spaces has created a place where people really want to be.” 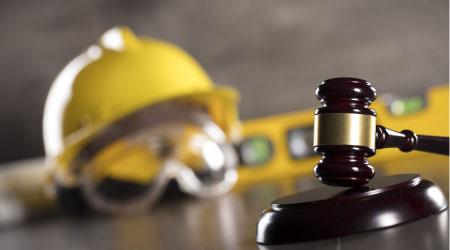