In another lawsuit brought by energy efficiency professionals who are not LEED certified, Gifford, et al. v. U.S. Green Building Council, et al., it was alleged that USGBC had misrepresented the level of energy efficiency that would be achieved in LEED buildings. The federal judge in New York threw out the case, finding that the non-LEED professionals could not credibly claim to be hurt because LEED does not require professionals to be LEED-accredited in order to seek LEED certifications. The judge also held that the claim that work had actually been taken away from the non-LEED professionals was merely speculative. The Gifford court did not try to decide whether USGBC had misrepresented energy performance. Still, the question remains, if a building ultimately has poor energy performance, even though it is LEED certified, does the buyer have any recourse?

Suing USGBC for refusing to certify is very likely to fail for a lot of reasons. USGBC is private, not like a government agency that typically can be taken to federal court when it acts in an arbitrary manner. The real answer to the complexities is to try to contract in advance for who is responsible for delivering the green building. The project team should meet very early on in the project's development and develop a checklist of green elements that are promised for delivery.

Of course, LEED itself recommends just such an early meeting to coordinate the various disciplines and have building systems and design elements complement each other. The lawyers should then include in the contract or an addendum to it the specific promises as to systems or promised performance or both. If the developer purports to deliver LEED certification at a certain level and by a certain date, those should be specified. If, by contrast, it is recognized that the developer can deliver the green elements but cannot guarantee the ultimate certification, that, too, can be specified.

One suggested model recommends defining the delivery of LEED certification and the tax benefits that might come from it as consequential damages which are waived and therefore not available in a lawsuit by a disappointed buyer. An option is for the contracting parties to appoint a green building facilitator whose job it is to obtain the certification, and the liability for the failure to do so rests solely with that facilitator who would carry insurance for the risk. There are other options and capable counsel should draft creatively to make sure that the parties are satisfied and stay out of litigation.

Finally, it's worth turning back to the issue of the failure to comply with local laws that mandate LEED at a certain level. Some jurisdictions have enacted green building codes, including standards such as those present in ASHRAE's Standard 189.1 or other particulars such as those in New York City's Greater Green Buildings Plan, in which provisions address low-flow toilets, green roof and solar panel tax abatements, energy audits and retrocomissioning, lighting upgrades, photosensor light controls, commercial water sub-metering and more. If LEED certification remains a local law standard, the contractual risk allocation may or may not succeed, depending on the wording of the law.

Stanley N. Alpert is a commercial and environmental attorney with Constantine Cannon LLP, and is a LEED-certified Green Associate. He was formerly the Chief of Environmental Litigation at the U.S. Attorney's Office, Eastern District of New York. 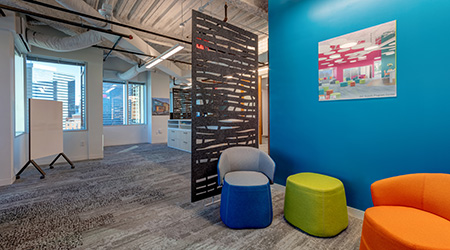