Linoleum has gained in popularity in the past few years. Amy Mays, senior health care designer with RMJM, chose linoleum for renovation of the eight resident floors of the Gouverneur Health Care Service, a long- and short-term care facility in New York. The budget was extremely tight, she says.

The facility previously had used carpet and vinyl composition tile (VCT). VCT typically is less expensive, although it can require more maintenance. However, as the renovation project moved through design and development, the decision was made to shift to linoleum. "Throughout the process, we questioned everything we did, and asked ourselves if were moving in the right direction, or just doing what had been done before," Mays says. Working with the entire team, Mays and her colleagues were able to tweak the budget to include linoleum on the resident floors, and rubber in the patient areas.

The new materials will offer several benefits. For starters, maintaining the new floors will be easier than cleaning, stripping and waxing the tiles. In fact, some facility managers who initially resist rubber or linoleum because of its higher upfront price tag often come to appreciate the longer-term savings that result from the less intense cleaning that's required, Mays says.

Linoleum initially can appear to have a yellow cast, McGrath says. However, as it's exposed to light, this dissipates.

One shift that may require some education, Mays says, is the idea that a flooring product has to be shiny and glossy in order to be clean. Even when they're clean, linoleum and rubber typically lack a glossy finish. A few newer products, however, can be buffed. Designers say that the thinking that "clean equals shiny" is slowly dissipating.

In designing the AtlantiCare Cancer Care Institute, McGrath chose a mix of linoleum and engineered porcelain tile. The linoleum contributed LEED points — the Institute is LEED Gold certified — while the tile was used primarily in the public spaces, providing a less clinical look, McGrath says. Because the tile is engineered, it is not porous, which helps reduce the risk of infection.

The colors used in the flooring and throughout the rest of the facility pick up the colors of the sea, with lots of soft blues and greens. That ties in well with the center's location near the New Jersey shore. 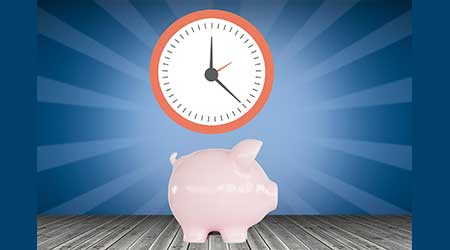 How To Plan Cost and Timeline for a Successful Flooring Installation 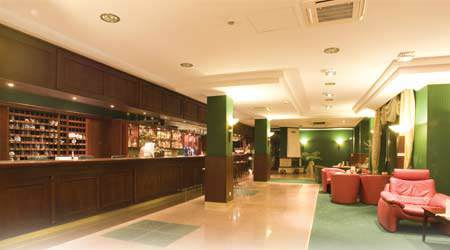 How To Budget for Flooring Installation Costs