Facility managers are probably used to the powers-that-be arbitrarily yanking critical funding that had been earmarked for much-needed preventive maintenance or facility upgrades. It happens all the time, despite how much such penny-pinching or "funding redirection" inhibits the overall health of an organization. Facility managers at the Norfolk Naval Shipyard were again given a stark reminder of how common and regrettable this defunding can be.

To fund his border wall, Trump has pulled money from 127 military construction projects. This includes a project on the drawing board to replace Building #510 at the Norfolk Naval Shipyard, which is in dire need of upgrades to key fire and life safety systems. The building has been cited for “numerous life-safety violations,” according to the Washington Post, and has been labeled a “high-risk environment.” The building has no sprinkler system, inadequate fire alarms, and not enough exits.

A budget request for $26 million, which had been granted but has now been pulled to fund the wall, puts 330 members of the military and civilians working 256,000 man-hours at high risk, according to the Post. In addition to the life-safety issues, the heat and humidity in the building are such that a 60-ton portable HVAC unit is required, but even that hasn’t been enough to avoid equipment problems. 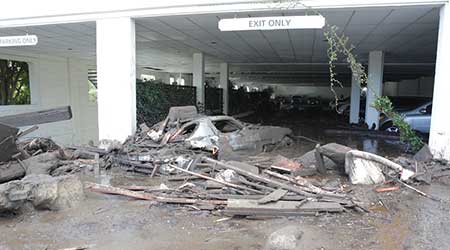