The number of large-loss fires skyrocketed to 71 in 2007, an increase of more than 54 percent, according to new findings from the National Fire Protection Association (NFPA).

Scheduled to be released in the latest edition of the NFPA Journal, the findings detail large-loss fires and explosions, which are defined as events that lead to property damage of at least $5 million.

According to the report, there were 25 more large-loss fires in 2007 than in the previous year, accounting for an increase of more than 54 percent.

Other key findings from the report:
•    Large-loss fires killed 19 civilians, injured 168 firefighters and 67 civilians.
•    Large-loss fires resulted in $3.5 billion in direct property loss in 2007. (Total fire loss for 2007 was $14.6 billion.)
•    Property loss from large-loss fires was up by almost $3 billion in 2007.
•    Most of the increase in dollar loss in 2007 is attributed to the Southern California Firestorm.
•    The Southern California Firestorm was one of 20 fires that caused more than $20 million in property damage.  It was also one of five fires that resulted in a loss of more than $100 million. 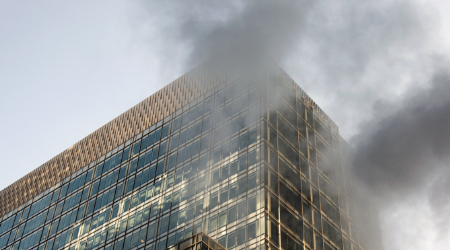 Does Your Fire Alarm System Need an Upgrade or Replacement?