Expanding a commercial facility is an extremely complex undertaking. Trying to maintain legacy fire alarm systems throughout this process can be challenging, often as a result of unforeseen issues. Issues that can force fire alarm system upgrades can include product obsolescence, manufacturer discontinuation of product, and incompatibility with newer product lines. Unfortunately, being able to predict these problems requires knowledge of manufacturer model lines and products. Ultimately, the time to find out that the fire alarm systems you are maintaining require upgrade is prior to developing the budgets of future expansions rather than in the middle of a project when the added cost is difficult to manage. Master planning or a general asset evaluation of life safety equipment can ultimately head off surprises. Advance planning can make continued maintenance and expansion of life safety systems significantly less expensive and can typically spread costs over a period of years.

What type of facility expansions can trigger complex fire alarm system upgrades? The answer varies greatly by jurisdiction, system brand, and technology vintage. Jurisdictional prescriptive codes can be based on model building codes that have been significantly modified; be completely custom codes; or be a direct adoption of a model building code. For example, some jurisdictions require that, once the fire alarm control unit (FACU) is modified, the entire fire alarm system must be brought into compliance with current code. Other jurisdictions mandate upgrades based on the percentage of the system that will be impacted by the renovation.

For jurisdictions that directly adopt or modify the model building codes, those model codes offer guidance regarding what facility modifications will require the fire alarm system to be brought up to current code. Model building codes commonly adopted include the International Building Codes developed by the International Code Council (ICC), as well as the Building Construction and Safety Code (NFPA 5000) and the Life Safety Code (NFPA 101), both developed by the National Fire Protection Association.

In jurisdictions that reference the International Building Codes, chapter 34 of the International Building Code (IBC, 2012 edition) and the International Existing Building Code (IEBC, 2012 edition) offer detailed prescriptive guidance about renovations. This guidance is broken into additions, alterations, and repairs. Complete remodels and space renovations typically consist of removing the entire interior, or some major piece of the interior, of a building or space and often result in reallocation of space or a change of use; these projects commonly trigger code compliance upgrades. Depending on the size of the project, the most common impact on fire alarm systems consists of the replacement of notification appliances and replacing or upgrading the existing detection. If a space has to be brought up to current code, it may require significant upgrades in notification and detection. Current standards designed to make facilities safer for hearing- and visually-impaired occupants can necessitate the installation of strobes and horns or speakers at much more frequent intervals than previous codes. 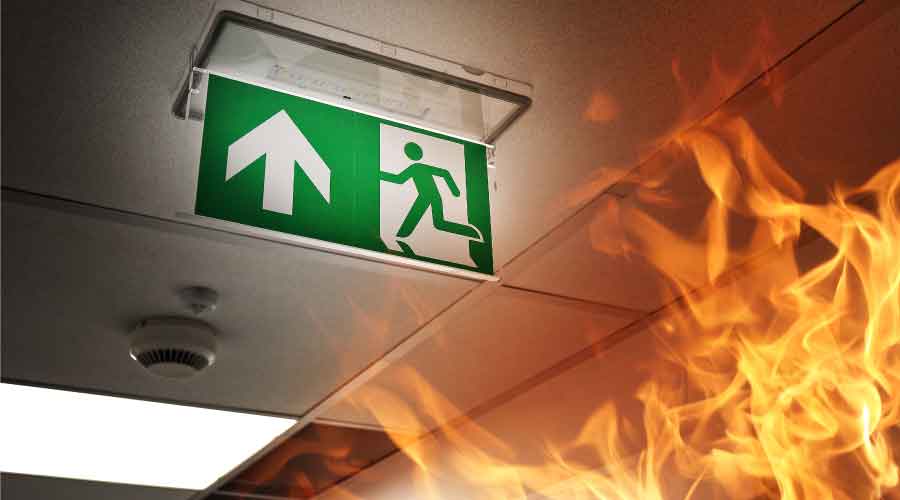