Talking About My Generation 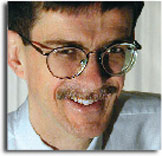 Remember the Me Generation? DINKs? I do, because I was both. DINK — “dual income, no kids” — was among the derisively named subgroups of the Me Generation, so-called because we Baby Boomers wanted it all, right away.

No wonder I get a sense of déjà vu when I hear members of my demographic cohort complain that members of Generation X or Y don’t have the same work ethic that “we” did or that they’re too self-centered. After all, those are the same things that people my parents’ age said about my generation. Why? Because we questioned authority.

We were impatient with hierarchy and bureaucracy. We didn’t see why it should be so hard to change things.

So when I hear Baby Boomers complain that younger workers don’t show enough commitment to their jobs if they want to balance family and work life, I say, “Hold on. We’re the ones who started that idea.”

What gives? Are Baby Boomers now speaking with the voice of experience? Or are we just getting set in our ways?

Boomers should be glad that twenty-somethings don’t act like fiftysomethings. Things change too fast. Most Baby Boomers entered the workforce at a time when global competition was becoming a reality — a reality the previous generation, which had gone through the Depression and World War II, had no experience with. A willingness to change was essential, even if that meant throwing out the tried and true. Since then, the pace of change has only accelerated. So why should younger generations think Baby Boomers have all the answers?