The numbers are impressive. Twenty percent of total construction hours went to minority and women businesses enterprises. So did 17 percent of construction spending subject to inclusion, and 20 percent of spending on architecture, engineering, and consulting services. But for the facility planning and development team at Froedtert Health, what’s behind those is even more impressive — a journey toward diversity and inclusion that is still underway.

“We were only successful after years of trying and getting expert advice,” says John Balzer, vice president of facility planning and development at Froedtert. “But then it snowballed.”

Diversity is an important issue for facility managers, Balzer says. “All you have to do is look at the world around you and understand the makeup of the world today. That isn’t going to change. Our philosophy has been we want to look like the community we serve.”

The department’s diversity effort was built on work done across the Froedtert Health organization, which views diversity as a business priority. “The more we can reach out and connect with the community we serve, the better our ability to effectively serve that community,” Balzer says.

Over the years, Froedtert Health has joined an array of business groups serving populations ranging from veterans to Latinos to LGBT people. “That has really helped us get some resources that we may not have known existed,” Balzer says.

Those contacts proved invaluable as Balzer and his team began, more than five years ago, developing a diversity program for the department with the aim of getting measurable results. Balzer worked with an outside consultant, Carla Cross, to develop a program and metrics that his department could then manage itself.

The effort started with soft targets rather than hard goals because Balzer didn’t know how much success the program would have. “Bit by bit we started hitting the 10 percent target,” Balzer recalls. “When we were hitting 10 percent pretty consistently on our projects, we made that our goal. Now we’re at 20 percent. We got better at it.”

Reaching that level took a lot of work. “You’ve got to learn,” Balzer says. “It doesn’t come easy.”

One lesson was that, on very large contracts, the usual bid packages might be too big for the diverse range of firms Balzer wanted to consider. So instead of bidding out painting or drywall for the entire project, the department bid them out floor by floor. “It gave firms the opportunity to bid on projects that didn’t set them up for failure,” Balzer says.

For the department’s staff, that change in the business process meant more work. “It wasn’t easy for our own project managers to manage [floor-by-flooring bidding]. We had a lot of conversations to help them understand why we were doing that and why it was important for it to be successful.”

The diversity program also meant more work for general contractors — and more conversations. Now, Balzer is seeing signs that the contractors are starting to develop a bit of a competitive spirit when it comes to hitting diversity goals. “Once people are aligned on why we are doing it, it’s pretty easy to get forward momentum.”

The program is “very prescriptive, very precise,” Balzer says. It specifies what contractors have to accomplish and how they have to report the results. Are numerical goals important? Absolutely, Balzer says. He cites his favorite saying to explain why: “What gets measured gets done.”

Other diversity efforts efforts aim at increasing the diversity of the pool of potential employees and vendors. A program called TechTerns offers hands-on involvement with construction firms and other companies to students at Bradley Tech high school; the students get hands-on experience on Froedtert Health construction projects so that they can learn about career opportunities in construction and health care. And a mentorship program for architects and other professional services providers pairs a protégé from a women or minority business enterprise with a mentor from a larger firm; quarterly workshops are one of the ways that the program helps to enhance the protégé’s skills and ability to compete.

The success of the diversity effort is leading the department in new directions. One is improving diversity in the supply chain. Another is getting more diverse candidates for facility jobs. “This whole journey with the contracting world has given us some interesting connections that we can nurture,” Balzer says. To broaden the pool of job applicants, Balzer’s team can encourage new contacts to apply for jobs, then follow up with human resources to see if they applied.

Now that the department is hitting the 20 percent goal on total construction hours to minority and women businesses enterprises, it has set a stretch target of 25 percent. Balzer calls the hours-worked metric “meaningful employment,” and he considers it key.

“What do the boots on the ground look like?” he asks. “That’s the one I’m most proud of. Like it or not, there is still a lot of disparity in this community that is in dire need of being fixed.” 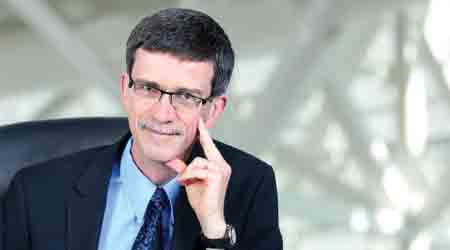 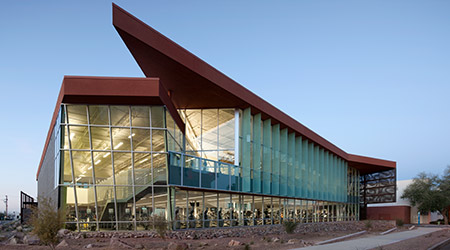 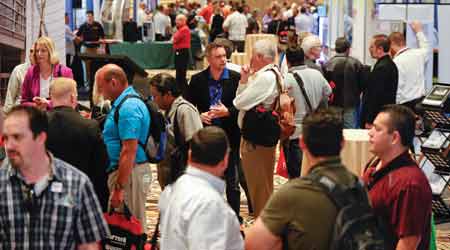