The survey, conducted by the International Facility Management Association (IFMA), finds that 93 percent of organizations decorate for a variety of holidays, with 85 percent of the 422 facility management professionals who responded to the survey saying their organization plans to decorate for Christmas this year.

The 7 percent of respondents who said their organizations were not decorating cited respecting employees’ personal beliefs as their number one reason for not doing so, according to IFMA. However, one facility manager reported that when their organization did away with holiday decorations it caused more of a stir.

While some organizations don’t necessarily get into the holiday spirit, they do allow employees to decorate their workspaces, with 94 percent not having a problem with individual expression during the holiday season.

Memorable details from survey respondents include:

- Some employees have developed “holiday rage” due to extended exposure to noisemakers like the ever-popular singing bass.

- The truth is we’re as likely to deal with hunting memorabilia in the fall as we are with holiday items.

- A mis-hung 60-inch diameter wreath fell two days after it was hung 12 feet above a seating area, onto a non-Christian couple, enwreathing them but not invoking any holiday spirit! 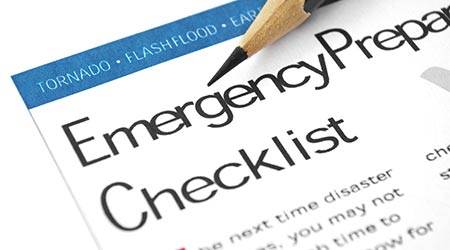