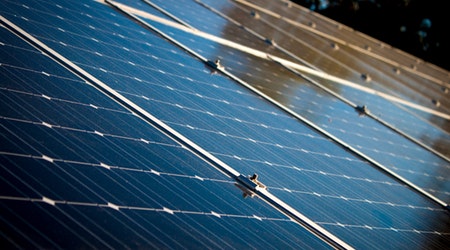 Many corporations and institutions are taking a fresh look at ways to use renewable energy. Some are doing so as part of their public relations efforts or to pursue goals delineated in corporate mission statements. Others are seeking some immunity from the energy pricing volatility of fossil fuels.

Organizations increasingly recognize the value of a positive image. In this competitive world, forward-looking firms have realized that such an image may help close a sale, find the best employees or get a government agency to cut it a little slack. Other organizations include in their mission statements a goal of good environmental stewardship.

Buying green power is a simple and recognized way to fulfill such goals. Facility executives seeking certification for their buildings by the U.S. Green Building Council under its LEED green building rating system have earned credits by purchasing part of their buildings’ power from renewable sources.

Renewable or green power sources — such as wind, solar and some biomass — produce electricity with essentially none of the emissions common to fossil-fueled power plants. While the fuel sources are essentially free, most renewable energy is priced higher than electricity from coal, natural gas and nuclear sources because the amortized capital investment per kilowatt-hour (kwh) is usually much higher for renewable sources. The energy price for renewable sources, however, is generally quite stable because fossil fuels are not involved.

There are essentially three ways for an organization to get into the game.

• Buy green power generated elsewhere: Many utilities and retail power marketers offer blends of standard and green power, or 100 percent green power, as certified by the Center for Resource Solutions.

While the cost per kilowatt for wind farms has dropped considerably in the last decade — comparable to some new fossil-fueled power plants — practical considerations often eliminate this option. Biomass systems and wind generators are more appropriate for industrial or rural settings. Wind generators require a large open space, and cities and suburbs are not generally conducive to 300-foot towers with 100-foot spinning blades. There are a few exceptions; among them are Toronto’s urban wind turbine and the wind generators slated for the top of the Freedom Tower, which is being built at the World Trade Center site.

The easiest way to make green power at most existing building sites is through PV panels. Depending on capacity, PV systems may involve a significant investment that ranges from $4 to $10 per watt — $4,000 to $10,000 per kw, without government subsidies — which is many times the cost to build a fossil-fueled plant.

Some states provide financial incentives to cover 50 percent or more of that cost, but it’s still a hard sell purely on economic grounds. Even at an average price of 10 cents per kWh, which is slightly above the national average, the payback period is likely to be much longer than most energy efficiency options. Part of this cost may be recouped through the sale of RECs but, over the system’s lifetime, even that revenue is unlikely to cover more than a few percent of the unsubsidized installed cost.

On the other hand, sometimes the sizzle is worth more than the steak. The cachet of using the sun to provide clean power draws a lot of positive attention, and clever early adopters are reaping major public relations bounties by promoting PV systems mounted on their buildings. Even though the output of such PV systems typically represents less than 5 percent of a building’s needs, the public relations value may be much greater.

Bottom line: This option involves a serious commitment and may make sense as a promotional tool, but don’t depend purely on the economics to sell it to management. The primary generators of renewable energy are utilities and independent power producers, with only a tiny portion of it coming from building-based systems.

In deregulated retail power markets, which are about 40 percent of the states, and through some utilities, power providers offer renewable resources for serving all or part of a customer’s power needs. Like all power, electricity from renewable sources is injected into a transmission grid that may cover several states, from which all customers served by that grid receive power. As a result, there is no guarantee that any particular kw will actually reach a given facility’s busbar. Because the goal is to supplant power from non-renewable sources, however, the overall environmental impact is the same as if the organization had generated it on-site.

Some states, such as New York, and the federal government now require that a defined proportion of the power used by the buildings they operate come from renewable sources. The Green Power Market Development Group, a collaboration of 12 leading corporations and the World Resources Institute, is fostering corporate markets for 1,000 megawatts of new green power by 2010. As of September 2003, they were already buying 112 megawatts. The Group includes such household names as Johnson & Johnson, General Motor and Monsanto. A variety of non-profits and publicly traded firms are also going green for a wide variety of reasons.

Where retail electricity has been deregulated, the easiest way to get started is by contacting the facility’s present power supplier. It may already offer blends of power that include renewables, at various premiums. If the only available source is a local utility, it may also have an option for increasing the renewable content of a customer’s power.

A facility may already be greener than it seems. Some states are now requiring utilities to buy a defined percentage of their power from renewable sources under renewable portfolio standards. In November’s election, for example, Colorado residents voted to increase the renewable content of power sold in their state to 10 percent by 2015. At present, only 2 percent of Colorado power comes from renewables.

In effect, RECs buy down the differential cost between green power and power generated by fossil fuels, allowing a renewable power generator to sell its power competitively at wholesale markets. Any green power generator can sell RECs, so that revenue helps develop or expand the renewable power industry. As a result, the environmental value of a green kilowatt-hour made in Oregon may be sold to power customers in New Jersey, even though that power will never be transmitted between those states.

Owners of on-site renewable power systems can also sell RECs. To understand the process, consider a 100 kw PV system that provides 1,000 full-load hours of output per year or 100,000 kwh. If 80,000 kwh are consumed on-site and 20,000 kwh are purchased by the utility as required in many states under net metering laws, the facility has also generated the equivalent of 100 RECs. It can sell 80 of those through a wholesale market, but the sale of the other 20 will depend on its power buyback agreement with the utility and the state’s net metering law. While net metering laws are, in most cases, only available to residential accounts, some states such as California are looking to broaden them to include non-residential customers.

Because not all RECs cost the same, a smart firm may save some green while going green. While each REC represents 1,000 kwh of green power, variations among markets and sources cause some to be cheaper than others. In some cases, it’s possible to obtain the same bang for about half the bucks. While polishing that corporate image, facility executives can show they got the best price.

Lindsay Audin is president of EnergyWiz, an energy consulting firm based in Croton, N.Y. He is a contributing editor to Building Operating Management. 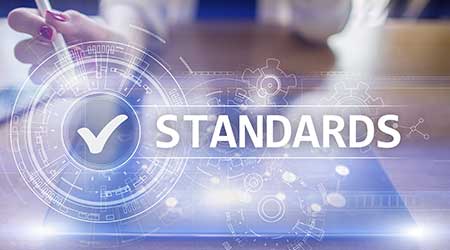