By Maryellen Lo Bosco
Facilities Management
OTHER PARTS OF THIS ARTICLEPt. 1: This PagePt. 2: Survey: Outsourcing an Option for Facility Managers During RecessionPt. 3: Survey: Facility Managers Had to Take Hard Look at SpendingPt. 4: Communication Essential to Managing Facilities During Downturn

The great recession didn't spare facility management, but the tough economic times didn't devastate facility managers either. Some of the change has been painful, but the new normal of having to do more with less has spurred innovation in the allocation of both people and resources. Facility managers have sharpened not only their pencils, but also their communication and management skills.

"You have to continue to reinvent yourself, adapt and figure out new ways of doing things," says Mike Kastner, director of building services and construction management at Lakeland Health and Healing.

At Lakeland, the biggest effect of the recession was severe cuts in overtime. "We used to manage our overtime, but now we have to report any overtime we have by pay period," he says. "Overtime has gone to 20 percent of what it used to be."

Workers were not happy about the cutbacks at first, but given the economy, they were able to adjust fairly quickly, and it helped that cost-cutting measures were spread equally throughout the organization. "The bottom line is they recognized that there were a lot of people who didn't have jobs, and that although our operating costs and capital budgets are tightly scrutinized, we can still get what we need," Kastner says.

Kastner says his organization has been fortunate because it has gone through more than one merger, which has wrung costs out of the system. "We bring value and purchasing economies to partners and have less overhead collectively," Kastner says. "But tough times are not over. They are looking in Washington for ways to squeeze more money out of the payment system."

SAP responded to the recession with a hiring freeze for the past four years, says Larry Morgan, head of operations for SAP in Palo Alto and Vancouver. As an alternative to filling vacancies, SAP uses contract employees. "That gives us flexibility on staffing levels as well," Morgan says.

Because staff numbers are down, the FM team has to be more effective and efficient. For example, instead of washing all the windows semiannually, it is possible to wash certain parts of the windows at certain times. Morgan says that the company looks for the "pain point," or the place right before austerity measures begin affecting morale and productivity. The pain point, he says, is different for different lines of business. Another example is when touch up painting might be done instead of repainting an entire room. Most of the belt tightening, not surprisingly, is in repairs and maintenance, since fixed costs, such as leases, utilities, insurance and so forth, cannot be easily altered.

Lakeland Health and Healing is taking a similar approach. "Yes, we have to get the job done, but there are some deferred items. You don't get as much painting done, or not as quickly as you would like to," Kastner says. 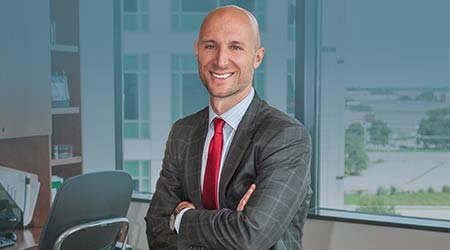