Gone are the days when using infrared imaging cameras in institutional and commercial facilities was limited to one or two technicians in the maintenance and engineering department.

"In the past, having an infrared camera was a tremendous investment," says Paul Sheets of Fluke Corp. "A facility would buy a camera (and) keep it under lock and key, and frankly because of that, it wasn't used quite as often. But over the last couple of years, infrared cameras are now priced at a point where they have become a tool that everyone has in their bag."

Lower prices for the cameras, easier access to training, and the ability of technicians to share measurements quickly all contribute to the rising impact of infrared cameras on facilities, with front-line technicians finding more applications almost daily.

One of the first steps managers must take in determining whether to invest in infrared imaging is to consider the types of tasks front-line technicians could conduct with the technology.

"Do their technicians, mechanics and electricians rely on temperature measurements now for making decisions?" says Brent Lammert of FLIR Systems, when emphasizing one reason a department might invest in an imager. "Most technicians carry an infrared thermometer as well as a contact thermocouple with them. These tools can give accurate temperatures but don't show you where to measure like an infrared imager (does)."

Infrared imagers help technicians monitor key electrical components in data centers, such as computer servers and data storage units that are subject to high risks of damage from overheating.

In the past, departments hired third-party companies to conduct regular evaluations. Now, departments with technicians properly trained in using infrared imagers can avoid the costs of third- party inspections.

"If the department had their own imager, even if they wanted to continue with the outside service, the maintenance people could check after themselves to determine if they indeed solved the problem," says Alan Clark of Wahl Instruments. "They could also be doing constant monitoring of their equipment to see if anything was changing over time, which might be an indication of a developing problem that might not otherwise be found, and there could be a catastrophic failure before the next inspection.

"With the current cost of thermal imagers and a wide selection of training venues, a department head could quickly realize that they could buy their own imager and get one or more people trained for the cost of one of these scheduled inspections."

Infrared cameras also can help technicians detect overheating pumps and motors, as well as energy loss or cooled-air losses in building structures. The cameras also can detect water in walls and roofs.

"A thermal imager is a valuable tool anywhere that heat or temperature variations can signify a problem," says Corey Dickert of Milwaukee Electric Tool Corp. "For example, mechanical trades are using thermal imagers on motors, pumps and steam traps, while HVAC trades are inspecting all aspects of systems in predictive maintenance and service applications.

"Common applications for electricians include inspecting electrical connections and checking for unbalance in circuits. This is done to detect early warnings of failure, safety hazards, and where energy loss is occurring."

Another important step before deciding to buy is to determine the applications that most affect a facility's bottom line.

"Try to understand which applications are consuming the highest number of dollars," Sheets says. "Look at where dollars are being spent to produce, whether it's heating or cooling. Also, look at the criticality of the asset. If you have an onsite transformer, an electrical distribution system, I would take a look at a few key components there, as well. Of course, if you're in Arizona and you've got an HVAC system, I'd spend a whole lot of time looking at that because the cost of (the system) going down in Phoenix can be pretty catastrophic." 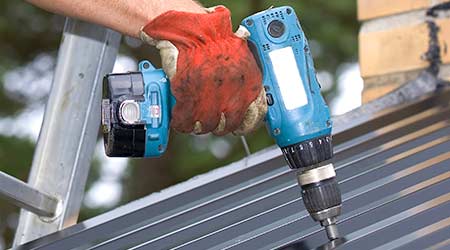 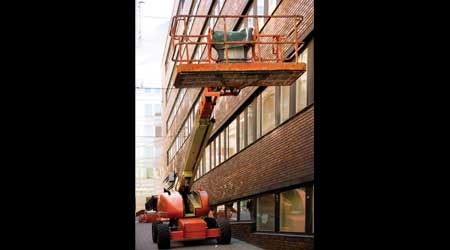