Power tools can have a short life expectancy. In some cases the damage is inadvertent, such as when tools are dropped. But other times, workers use power tools improperly or toss them into the bed of a van or pickup, where they slide around with everything else.

Whatever the reason, power tools need regular maintenance in order to perform properly. And because maintenance and engineering departments rely on a range of power tools to carry out essential daily tasks, their success depends on ensuring that tools are available and in good working order when needed. Depending upon the size of the organization, however, tool maintenance efforts vary greatly.

Large organizations often have a central tool location where workers can check out expensive or infrequently used tools as needed. In such a situation, tool maintenance programs can be the salvation that protects an organization’s tool supply.

With more than 230 buildings and 6 million square feet, the university has a large structural trades tool crib and extensive power tool maintenance programs.

“We have about 35 or 40 different tools in the crib, everything from sanders and right angle drills to moisture meters and three-point harnesses,” Colarusso says.

Bob Lavigne, manager of structural trades for Brown University, says the most important part of a regular power tool maintenance routine is the inspections.

“As part of the tool sign-out process, we inspect it before it goes into the field,” he says.

Under Brown’s system, one worker controls the locked tool crib. When users return tools, Colarusso says, the worker in the tool crib visually inspects them for damage and turns on each tool briefly to ensure it works.

“That’s an important step, but what we really like to do is have the trade workers inspect the tool as they sign it out,” Colarusso says. Workers receive the tool after signing it out, and it is up to them to check for all of the requisite bits, blades and chucks. Because workers know they are responsible for the tool while on the job, they are more likely to report problems or damage when they sign it out.

Routinely inspecting tools is critical, Lavigne says, not only for tool performance but to the productivity of workers.

“Downtime is what we want to avoid,” he says. “When I’ve got guys who get to a site only to discover that their tool doesn’t work or is missing a bit, and then they have to drive back to the tool crib for a replacement, that’s a big loss in terms of labor time.”

Brown relies upon a manual sign-out system to log tool use.

As a solution, the university has investigated using bar codes.

“We’ve looked at a system that scans the tool’s bar code and reads the ID badge of the university employee that it was checked out to,” Colarusso says.

Such a system would improve sign-in and sign-out accuracy, speed the inventory process, and improve employee accountability. It also would allow the university to rotate stock by ensuring, for example, that one belt sander isn’t repeatedly signed out while two others sit on the shelf unused.

Another benefit of such a system — important to supervisors like Colarusso — is the potential to simultaneously track tool location and maintenance.

“There’s potentially a lot of information available to us if we know when and what kind of maintenance was performed on the tools.” For example, if a tool from one manufacturer continuously experiences the same failures, the university can investigate similar products from other manufacturers.

Much of the electrical maintenance on power tools is performed at Brown.

“For simple stuff, like when switches fail, we’ll do that ourselves,” Colarusso says. Frayed cords or missing ground plugs are serviced by the university’s electrical shop.

As large as Brown's operation is, however, not all tool maintenance is done in house. Warranty items and complex service issues lead managers to turn over the tool to the manufacturer or licensed repair shops.

“There’s some service we just don’t do in house,” Colarusso says. “For gas-actuated tools, we’ll contract out for service, and we have a blade sharpener contractor come in once a week.” In addition to sharpening router heads and checking for missing teeth on saw blades, the sharpener also performs other duties that the university isn’t equipped to handle, including a blade brittleness test.

Colarusso says approximately 50 percent of all tool maintenance problems are caused by the user. To help curb unneeded maintenance, Brown has training available for its trades workers.

“If you don’t know what you’re doing with a tool or over-torque something, chances are good it’ll wear out faster,” he says, adding that employees aren’t afraid to ask for information about some tools. “Just because they’re trade workers doesn’t mean that they know everything thing there is to know about the range of tools we have.”

The tool crib also doesn’t undertake maintenance of battery-powered and cordless tools. Brown’s workers are expected to own cordless drills and other essential tools and, therefore, must maintain them. But if a personal tool is stolen or damaged, Brown replaces it. In the case of damaged items, workers must turn in the tool to receive one in kind.

Ultimately, Colarusso says that power tool maintenance managers must rely upon “the feedback from the guys who use the equipment.” Because Brown’s trades workers repeatedly check out tools, they know when a tool isn’t operating properly.

“If one of our guys forgets to mention that something was wrong with a tool, it’ll just get worse,” he says. “But if he mentions a problem and we can fix it right away, it saves us time, money, and wear and tear on the tool.” 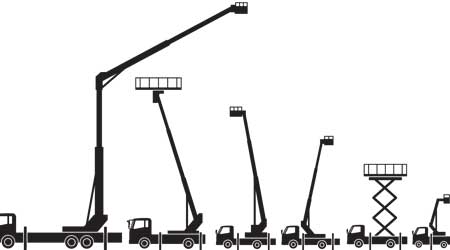 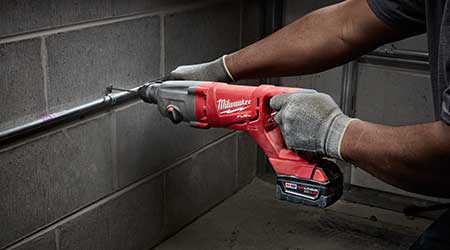