May 22, 2019
By Greg Zimmerman
Energy Efficiency

As regulations designed to mitigate climate change ramp up, facility managers are increasingly looking for ways to reduce energy use, move to renewable energy, and take other action designed to reduce cost and greenhouse gas emissions. One organization, however, yet to make much progress.

Eight Trump-owned buildings in New York City fail to comply with new pollution regulations. This could result in as much as $2.1 million in fines per year, beginning in 2030, per the city’s new climate change and greenhouse gas emissions reduction statute, according to the Guardian. The new statute states that all buildings larger than 25,000 square feet are required to cut emissions by 40 percent or face annual fines.

The Trump International Hotel & Tower would be subject to the highest fine — potentially racking up $850,871 a year if nothing is done to improve its energy efficiency and greenhouse gas emissions. “President Trump, you’re on notice,” said New York City’s mayor Bill de Blasio. “Your polluting buildings are part of the problem. Cut your emissions or pay the price.”

Failing to meet New York’s climate policy is the latest in a long line of issues for Trump Organization facilities – including alleged ADA violations, violations of the Clean Water Act, and ranking dead last in energy performance. 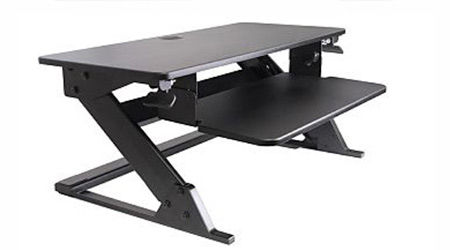