As maintenance and engineering managers within commercial and institutional facilities strive for their departments to become more energy efficient and sustainable, The Trump Administration could be dealing them a big blow.

The Trump administration is poised to ask Congress for deep budget cuts to the Energy Department's renewable energy and energy efficiency programs, slashing them by 72 percent overall in fiscal 2019, according to draft budget documents obtained by The Washington Post. Many of the sharp cuts would probably be restored by Congress, but President Trump's budget, due out in February, will mark a starting point for negotiations and offer a statement of intent and policy priorities, according to an article in The Washington Post.

The document underscores the administration's continued focus on the exploitation of fossil fuel resources— or, as Trump put it in his State of the Union address, "beautiful clean coal" — over newer renewable technologies seen as a central solution to the problem of climate change.

The cuts would also be deeper than those the Trump administration sought for the current fiscal year but was unable to implement because of the budget impasse in Congress. The federal government has been operating on a series of continuing resolutions that have maintained existing spending. The current continuing resolution expires Feb. 8.

Spending for the Energy Department's Office of Energy Efficiency and Renewable Energy (EERE) is set at $2.04 billion for the current fiscal year, which ends Oct. 1. Last year, the administration asked for $636.1 million, a decline of more than two-thirds, although Congress did not implement the request. For 2019, the administration's draft proposal would lower that request even further, to $575.5 million.

The draft document says the administration will once again ask Congress to abolish the weatherization program, which has trained thousands of workers and helped reduce utility bills for thousands of people.The budget proposal would also eliminate state energy grants. The budget would ax research in fuel efficient vehicles by 82 percent, bioenergy technologies by 82 percent, advanced manufacturing by 75 percent and solar energy technology by 78 percent. The proposal would cut funds for electric car technologies and fuel-efficient vehicles — at $307 million currently the biggest of the program areas — to $56 million in 2019. Money for bioenergy technologies have gone to research renewable fuels from nonfood sources.

The plan would also chop spending on more efficient building technologies and research into geothermal, hydro and wind power.

The renewable and efficiency programs represent about 7 percent of the Energy Department's overall budget. The majority of the department's budget goes to maintaining the nation's nuclear weapons stockpile and cleaning up sites contaminated by federal nuclear programs. 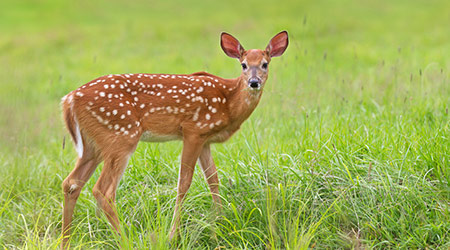