The five-year capital plan can be built on a three-step process that ensures the owner will capture the best value for investments in energy efficiency.

The starting point is to carry out low-cost or no-cost energy improvements, measures that are typically related to changing human behavior. Today, energy conservation is well documented and can be championed by the in-house building engi-neers. Some examples include:

During this step, the owner can reduce costs by employing preferred vendor contracts with advantageous pricing and pre-determined levels of quality.

Retrocommissioning a building is a cost-effective way to diagnose potential issues and determine how to squeeze more efficiency out of the building’s existing systems. According to Lawrence Berkeley National Laboratory, retrocommissioning “can often resolve problems that occurred during design or construction, or address problems that have developed throughout the building’s life. In all, retrocommissioning improves a building’s operations and maintenance (O&M) procedures to enhance overall building performance.” Consider investing in the services of a professional commissioning agent already working in similar buildings, who should be able to make both short- and longer-term recommendations. Once the existing equipment is operating at its peak efficiency, the owner can use that performance as a baseline to help evaluate the ROI on equipment replacement.

Step 3: Develop an energy opportunity study as the basis for an energy plan.

Now it’s time to evaluate capital improvements. As a starting point, a reserve study for the building will identify the costs to replace-in-kind and maintain the building’s systems and equipment over a predetermined period of time. But a reserve study will not identify the best long-term investments based on the owner’s goals for the building. To do that, an energy “opportunity” study should be conducted to identify additional costs required to bring selected systems in line with modern best practices. In an energy opportunity study, energy modeling software is used to evaluate how various upgrade options will reduce energy use, while financial models calculate the ROI associated with each option. With that information, a five-year plan can be developed that incorporates the measures with the ROI best suited to the owner’s goals.

Another factor has to be considered in developing the five-year capital plan: the sequence in which upgrades will be carried out. Ideally, fast-payback items will be completed early, so that the owner reaps energy savings quickly and can use energy savings from completed projects to help fund future work.

What’s more, with a cascading approach, each successive project is built on the enabling works of the previous project. For example, when the right control system is in place first, there’s an opportunity to both improve the efficiency and operations of existing equipment and add on or initiate new and better equipment or sequences with greater success. While it’s often thought to be the technology of specific pieces of equipment that determines how efficiently the system runs, that’s not the whole story. If the building’s control system doesn’t allow the entire system to run optimally, it won’t, even with top-of-the-line equipment. On one recent capital upgrade project, because of circumstances beyond the building owner’s control, the chiller plant was installed and commissioned prior to the BAS upgrade. When the new BAS was finally up and running, the chiller plant had to be totally reprogrammed and commissioned, including hardware changes, because of incompatibilities based on assumptions made during the initial chiller installation, costing the owner months of operational efficiencies.

Information from the energy and financial models, combined with the cascading timeline, also makes it possible to set annual performance improvement goals and monitor the ROI and improvement in energy performance. 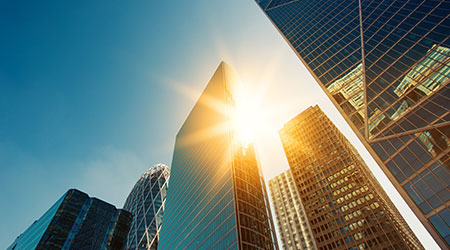