For all the tech-related changes that have occurred over the past couple of decades, one system remains largely as it was almost a century ago: the electric power system.

The shortcomings of America's deteriorating power system, which encompasses 300,000 miles of transmission lines and more than 9,000 electricity-generating plants, are becoming increasingly apparent. Transmission and distribution losses across the system nearly doubled between 1970 and 2001, rising from 5 percent to 9.5 percent, according to a 2003 report by the U.S. Department of Energy. Additionally, each year, power outages due to congestion within the system drain between $25 and $180 billion from the U.S. economy, according to the report.

One strategy to better manage demand on the system is what's referred to as "smart grid." This term refers to the application of digital technology to enable two-way communication between utilities and their customers. Specifically, according to Smartgrid.gov, "Like the Internet, the smart grid will consist of controls, computers, automation and new technologies and equipment working together, but in this case, these technologies will work with the electrical grid to respond digitally to our quickly changing electric demand."

In other words, a smart grid is a "confluence of technology that leads to better use of the existing electric grid," says Lindsay Audin, president of Energywiz. By understanding energy usage patterns, facility managers can better adjust their use and reduce costs.

As a result, the application of smart grid technology likely will change how facility managers operate their buildings. "The usage of power in buildings has been managed for many years in a way that did not give sufficient attention to efficiency or performance," says Philip Henderson, senior financial policy specialist with the Natural Resources Defense Council.

The consequences of this traditional approach are increasingly apparent. Along with more frequent outages, energy impacts building owners' bottom lines. Average costs per square foot for energy consumption range from $1.42 in educational buildings to $4.84 in food service areas, based on information from the Department of Energy's 2010 Buildings Energy Data Book. 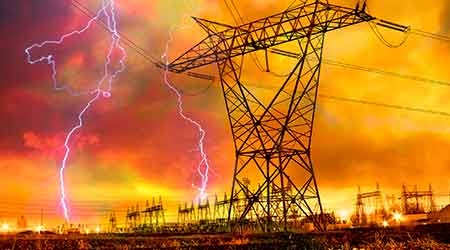