The goals were lofty. President Bush and other politicians vowed that any legislation worthy of becoming law would have to reduce the nation’s dependence on foreign oil, help usher in the hydrogen economy and establish a national energy policy, which many said had been absent for decades.

The Energy Policy Act of 2005, while marking the end of a protracted political debate, gives facility executives fewer opportunities to save money through energy efficiency improvements than was possible through earlier versions of the bill.

The deduction is available to buildings placed in service between Jan. 1, 2006 and Dec. 31, 2007. That means most buildings that will qualify for the deduction are either already under construction or are far enough along in the planning process that significant design changes would have to occur to earn the deduction.

“You have to be on your starting blocks, or pretty close to them, to qualify,” says Ed Gray, director of energy infrastructure for the National Electrical Manufacturers Association.

To qualify for the deduction, organizations will have to show that a building’s total building energy use is 50 percent less than what’s set in ASHRAE 90.1-2001, as in effect as of April 2003.

Lindsay Audin, president of the energy consulting firm EnergyWiz, says computer modeling that shows a building beats the ASHRAE standard could cost as much as 10 cents per square foot.

A second provision allows organizations to take a deduction of 60 cents per square foot if a specific building system uses 50 percent less energy than is set forth in the ASHRAE standard.

Getting a lighting system to perform better than the ASHRAE standard will take more than just switching lamps, such as changing T-12s to T-8s, Gray says, but won’t necessarily require the use of daylight. Manufacturers of lighting components have indicated the use of luminaires, controls and other products that improve the efficiency of lighting systems can be enough to push performance beyond what’s required.

For microturbines, the law provides a 10 percent credit, not to exceed $200 for each kilowatt of capacity.

How Focused Data Use Analysis Leads To Energy Efficiency 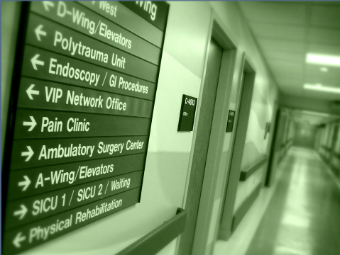