Lighting controls play a critical role in electric lighting systems, providing the function of turning the lights on and off using a switch or adjusting light output up and down using a dimmer. Properly specified and installed, lighting controls help managers achieve an organization’s goals for lower energy costs, improved worker satisfaction and greater flexibility.

In recent decades, technological developments increasingly have automated these functions and allowed integration of control devices into larger, more flexible systems. The largest and fastest-growing application for lighting controls is energy management.

Lighting controls can reduce lighting energy use by 50 percent in existing buildings and by at least 35 percent in new construction, while reducing peak-demand charges, according to the New Buildings Institute.

Commercial energy codes now mandate automated lighting controls as a reliable energy-saving strategy, and many utility rebate programs also support them. Sustainability initiatives — including the Leadership in Energy and Environmental Design (LEED) rating system from the U.S. Green Building Council — have positioned the controls as integral components in lighting systems.

Most energy codes require some type of automatic shutoff, whether from an intelligent control panel, an occupancy sensor or a building automation system (BAS). While required in new construction, lighting automation also is highly suitable for retrofit applications.

An intelligent relay panel is a low-voltage control system that turns off lights at a preset time, producing 5-15 percent energy savings. Its operation is simple. An integral, programmable, astronomical time clock sends a low-voltage signal to relays, which break power to the load. The relays can connect to other controls, such as a photosensor or BAS, and emit a compatible, low-voltage pulse.

Intelligent panels provide the backbone of energy-saving lighting-control systems for switching and dimming. Supplemental components include manual switches, occupancy sensors and photosensors. The panels are ideal for controlling lighting in large areas where many people work a predictable schedule. In spaces where scheduling is less rigid, occupants should have access to a local override to keep lights on in their immediate areas.

Occupancy sensors are advantageous because they provide economical distributed control — i.e., ability to control a localized space — that can result in greater energy savings. Local override also tends to be part of the sensor’s functionality.

A good rule of thumb is to use occupancy sensors in private spaces with unpredictable rates of occupancy and across spaces where more granular control is desired, such as private offices, copy rooms, and restrooms.

When selecting occupancy sensors, managers should consider special features, such as: dual-technology and self-calibration for maximum reliability; manual-on for maximum savings; integral dimmers; and integral photosensors that keep lights off if enough daylight exists. To maximize savings, managers also can use occupancy sensors to control workstation task lighting and general lighting.

Continue Reading: Lighting Controls: The Next Frontier in Energy Savings 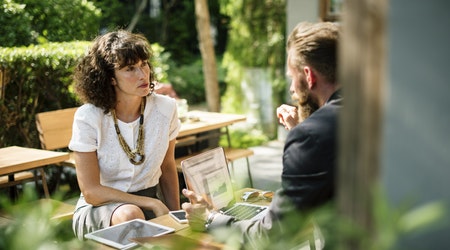