By Susan Bloom
Energy Efficiency
OTHER PARTS OF THIS ARTICLEPt. 1: This PagePt. 2: Reaping the Benefits of Longer-payback Upgrades

It's a conundrum that many facility managers are familiar with. Energy upgrade projects that can produce long-term benefits for the organization also have payback periods longer than many organizations are willing to accept. The result, in many cases, is that economically sound retrofits don't get funded.

Upgrade projects involving big-ticket technologies — such as boilers and chillers for heating and cooling, window, door and rooftop replacements, and modified ductwork — can require five to 10 years or more to pay themselves back based on their up-front cost and the time and labor required for their installation.

While lighting projects often achieve a payback of three years or less, "even lighting retrofits involving highly efficient LED lights can have paybacks beyond five years," says Arah Schuur, director of the Energy Efficiency Building Retrofit Program within the Clinton Climate Initiative, an organization dedicated to creating and advancing solutions to the core issues driving climate change. However, all of these projects represent some of the most impactful ways to reduce energy use and costs, she says. "They are well worth considering and should not be immediately rejected because of longer paybacks."

The fact is that many organizations do reject upgrades with longer paybacks. That's a shame — and a missed opportunity. "An integrated approach to energy efficiency reduces the building load and saves on the major mechanical equipment side," says Menoj Raathor, director of global energy projects for Johnson Controls.

Fortunately, some organizations are moving in the direction of accepting longer-term paybacks. And industry sources say that there are steps that facility managers can take to make it more likely their organizations will join that trend.

In 2010, the Johnson Controls Institute for Building Efficiency and the International Facility Management Association partnered on the Energy Efficiency Indicator, which surveyed more than 2,800 executives and managers responsible for facilities budgets and energy use in commercial and institutional buildings around the world. According to that survey, the top three barriers to capturing energy savings were related to dollars:

According to the survey, the average maximum ROI is 3.4 years.

Experts agree that longer-payback upgrade projects are most often acted on by organizations in the public sector, such as government and municipal entities. "They're not going anywhere and are okay with signing long-term deals," says Chad Nobles, account executive for Siemens Industry, Inc.'s Building Technologies Division.

Longer-payback upgrades are more common in the public sector because state and federal statutes allow for paybacks of 20 years and more if the overall program is cash-flow neutral, says Mike Taylor, vice president for Honeywell's Clinton Climate Initiative work. "That's because there will always be city halls, schools, and similar buildings to serve the community," he says.

So why has the private sector, which comprises more than 5 million commercial buildings nationwide, been more adverse to longer-term payback projects, thereby missing out on opportunities to update outdated infrastructure with more energy-efficient technology?

There are many reasons. "Facilities in the commercial and industrial sectors stay in the hands of an owner for a shorter period of time," says Taylor. "As a result, organizations are often unwilling to make long-term investments, especially in buildings that are not core to their business."

Jim Dixon, vice president of energy services for ConEdison Solutions and chairman of the National Association of Energy Services Companies agrees. "Since infrastructure improvements are fixed to the property, businesses which don't own the facilities in which they operate definitely confront the issue of whether the improvements will pay themselves off before the end of the lease period," he says. In addition, he says, "as with most business opportunities revolving around the employment of available funds, the decision to invest in longer-term energy efficiency projects is often balanced against a multitude of other uses of capital. Many times the decision is made based on a faster payback or a greater business need that provides more immediate impact to the bottom line."

Access to capital can be another significant barrier. "Owners don't always have easy access to sources of longer-term financing and may have exhausted their available capital expenditure funds or are precluded from undertaking a larger project that is not deemed to be emergency repair or a critical use of financial resources, despite the potential for reducing costs and increasing revenue," says Schuur.

A short-term focus on energy upgrades has many drawbacks. For one thing, longer-payback projects can play an important role in a building's overall maintenance strategy and economics. "At some point, these upgrades have to be done, at an ultimate cost to whomever owns the facility at that time," Nobles says. "Typically, if the owner waits to do them at the time of failure, the replacement can be much more expensive initially, and if you figure in the cost of operating that piece of inefficient equipment, it's overall more costly to own." What's more, waiting means higher emissions — an increasingly important issue to many organizations.

In short, "decisions made strictly on up-front financial criteria often disregard the operational needs of buildings and the environmental impact of energy efficiency," says Fulop. She stresses the importance of education around the long-term benefits of upgrades.

There's a better approach than concentrating strictly on payback. "Business leaders need to look at the big picture in their building, taking into account such factors as the energy savings, maintenance and repair costs, expected life of the equipment to be replaced, and impact on the work environment, to develop a true picture of the overall cost benefit to the facility from the upgrade," says Dixon.

In other words, organizations should pay more attention to costs and benefits over the life of the product and less to simple payback. "Too many times owners are concerned with the initial cost of the equipment and fail to see that the operating costs over its life were much higher than the original purchase price," says Nobles.

That life-cycle cost analysis should examine energy efficiency opportunities holistically to get at the true costs, risks, and benefits of a project, Schuur says. "To do this, incorporate all of the factors that impact the project — not only up-front cost of the replacement and the resulting decreases in utility costs, but operations and maintenance impacts, rebates, incentive and tax advantages, the future possible risks of energy cost increases and carbon taxes, and the impacts of sustainability on the long-term value of the asset," she says. "Changes in compliance and regulations are also critical aspects, as energy benchmarking and disclosure, mandatory auditing, and even compulsory retrofits are becoming more common." 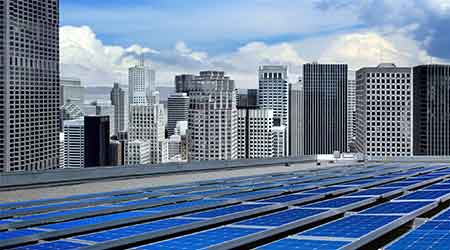