Energy Efficiency
OTHER PARTS OF THIS ARTICLEPt. 1: Lighting Technology: Wealth of OpportunitiesPt. 2: Lamps & Ballasts: Moves from Good to BetterPt. 3: This PagePt. 4: Changes in Technology, Legislation and Codes Improve Safety and Security LightingPt. 5: The Financial Impact of Efficient Lighting

A decade ago, lighting controls were a novelty rather than a necessity — or so went the conventional wisdom.

Most facilities did not have controls, and those that did frequently had them only in boardrooms, large conference centers or executive offices. More often than not, the controls were complicated and anything but user-friendly.

Times have changed over the past 10 years, and even more so over the past five. Easy-to-use controls now can be found throughout commercial buildings. No longer optional, controls are essential to quality lighting and energy efficiency.

“Lighting is the second largest load in a building after heating and cooling, so if you can shave off even 10 percent of your usage, your overhead goes down by a major amount,” says Tom Leonard, director of marketing for Leviton. “Without controls, however, this simply cannot be accomplished. There is just no way to get that extra measure of conservation without putting controls on modern, man-made light sources.”

Experts estimate advanced lighting control systems reduce energy requirements for lighting by 35 to 50 percent in most applications. Such savings are direct ones; less energy is needed to provide required lighting levels.

“Lighting manufacturers have done a magnificent job in squeezing every possible lumen out of light sources,” Leonard says. “But even the most energy efficient lights are most efficient when they are turned off. The best way to achieve this is through controls.”

According to Leonard, lighting controls stopped being just something “nice to have” in July 2004 with the adoption of ASHRAE 90.1-2004 as the national standard defining minimum requirements for lighting controls in commercial spaces. States such as California had well-established requirements in place for use of controls that exceed the minimum requirements defined by ASHRAE 90.1 prior to this. However, many other states had few or no requirements. With this baseline, the entire nation had a clear and readily attainable minimum standard for commercial spaces.

“Until this version of ASHRAE 90.1-2004, the use of lighting controls lagged behind other controls that we take for granted, such as HVAC,” Leonard says. “You can’t imagine not having some form of automatic controls for HVAC. Lighting is now viewed in the same context.”

A recent study by the Canadian Lighting Controls Association revealed the tangible benefits of modern control systems. The one-year study involved 90 workers in a real-world, open-office environment. The study determined that occupancy sensing, daylight harvesting and individual occupant dimming controls worked together to produce an average energy savings of 47 percent, while also correlating with higher occupant environmental and job satisfaction.

The key to such savings lies in the proper specification and installation of a control system. Because each facility has different light needs and usage patterns, facility executives should determine if a building’s control strategy should focus on switch-based controls or dimming ones. Additionally, varying levels of automation are available depending on a facility’s needs.

As experts note, there is no reason for limiting a facility to a single type of lighting control system. Myriad options exist. Different activities require different kinds of lighting and different controls. To do this, various kinds of systems might be needed.

Basic automated control systems offer several options. The least expensive is the occupancy sensor, which ensures that lights operate only when a person is in a room. This provides immediate payback. What’s more, occupancy sensors can be readily retrofitted by facilities operating personnel. Sensors are an ideal way to quickly recoup wasted lighting energy for areas that do not have constant occupancy, such as restrooms, conference rooms and private offices.

Individual workstations can offer personal controls that allow individuals in a space to control the level of lighting above them. This can increase productivity as it ensures that individuals can select the amount of light that best enables them to perform a task.

Many relay lighting control panels incorporate a time clock and scheduling program to turn lights on within a facility on a predetermined schedule rather than switching lights on all at once throughout the space. These systems may also integrate occupancy sensors and photocells to further increase energy savings by only activating scheduled lighting during periods of occupancy and when natural lighting alone is not sufficient.

While switching systems are typically configured to provide high-low-off light levels by switching on all or part of the lamps in a fixture, dimming systems permit a wide range of lighting levels. Such systems do have a higher first cost than switching-based systems; however, they permit a level of control and incremental energy savings not attainable by bi-level switching. Dimming systems permit active daylight harvesting by infinitely varying light output in response to ambient light levels. Further, dimming systems give both facility managers and users the ability to tailor lighting levels precisely to the requirements of the task or space.

The price of electronic dimming ballasts for standard and compact fluorescent lamps has decreased notably over the past 10 years because of its wider adoption and key role in energy conservation. Contemporary ballasts can provide manual or automatic full-range dimming down to 5 percent or less of the lamp’s rated lumen output.

As energy bills and the cost of lighting continue to increase, more and more building owners have begun to find ways to incorporate natural light into their lighting schemes. Controls are essential for daylight harvesting.

“Daylighting is really coming into the mainstream as a standard requirement in lighting controls,” Leonard says. “Daylighting systems need not be large or complex and can be accomplished in many forms.”

These include everything from hold-off features built into occupancy sensors, which will not allow lights to turn on in an occupied space if there is a sufficient level of natural light, all the way up to full daylight-responsive systems that continuously brighten or dim interior lighting based on daylight levels.

Daylight harvesting isn’t just some nebulous “green” concept open for discussion. Smart facility departments are integrating it into their everyday lighting protocols. Consider retailer Costco. Since the 1980s, Costco warehouses have been operating with daylight harvesting and full control systems. Management wanted to increase light levels in its warehouse-style stores to provide an environment conducive to shopping but also wanted to reduce operating costs. They achieved this by integrating photocell-based daylighting controls with each store’s energy management system, controlled off-site.

Today, skylights and automated daylighting controls are standard in all new Costco stores and distribution centers.

While many lighting control systems, such as daylight harvesting, do have a significant upfront cost, the long-term payback of such an upgrade justifies the initial outlay. The right combination of controls, designed with the usage patterns and available daylighting of a facility in mind, can produce large, ongoing energy and demand savings, as well as added benefits to building occupants.

“I’ve never understood why people wouldn’t use controls,” Phillips says. “Finally, they’re making the connection and have stopped looking only at the upfront costs and realize there truly is a long-term return on investment.”

The return on investment is there, Leonard agrees, adding that lighting controls are “must have” features.

“Controls are a necessary part of an efficient lighting system. It’s no longer gold plating. It’s putting optimum energy efficiency and savings in your building,” Leonard says. “We need to view controls and lighting in the same way we view HVAC controls — we can’t imagine having a system without them.”

The Financial Impact of Efficient Lighting

How Hospitals Use Energy 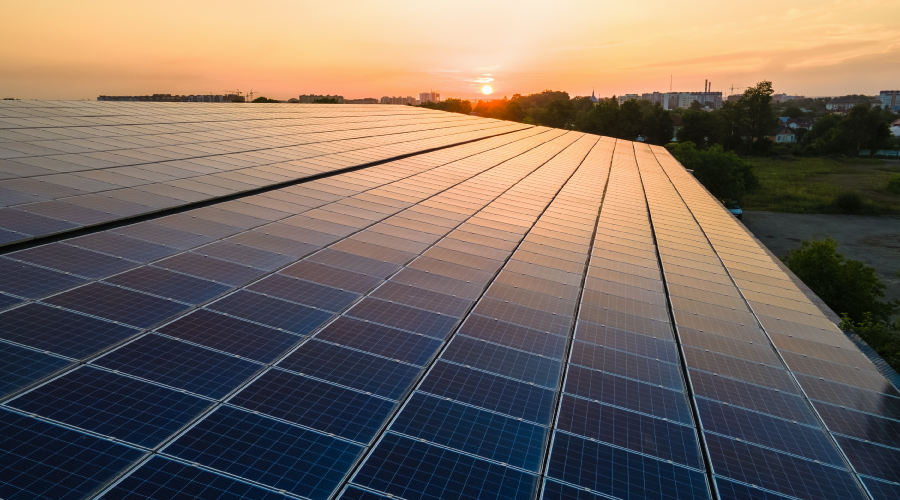