The California wildfires continue to wreak havoc on residents, communities and facilities throughout the state.

In Northern California, smoke from the Camp Fire burning has continued to pour south into the Bay Area, which has led to unhealthy levels of particulate matter throughout the region. In Southern California, the Woolsey Fire destroyed one university building.

One devastating aftereffect from the Camp Fire is the unhealthy air quality that now affected the operations of a range of facilities. As the Bay Area faces an unprecedented string of Spare the Air Day due to poor air quality from wildfire smoke, several venues remain closed, according to KPIX.

At the Golden Gate National Recreation Area (GGNRA), operations remain suspended at Alcatraz, Muir Woods and Fort Point. Other facilities in the GGNRA that are closed include the Warming Hut at Crissy Field, Marin Headlands Visitor Center, Lands End Lookout, the Point Bonita Lighthouse and the Golden Gate Bridge Welcome Center. Numerous schools and colleges also remain closed due to the smoke.

The poor air quality has prompted the cancellation or postponement of countless events, including the football game between the University of California and Stanford University. Stores throughout the area also have reported a shortage of N95 particulate filtering facepiece respirators.

In Southern California, the Woolsey Fire destroyed a conservation science building at a University of California, Los Angeles, field station in Malibu, according to The Scientist. Road closures also made Pepperdine University’s campus in Malibu inaccessible for nearly a week. The university’s, faculty, staff, and students had been sheltering in place since last week, but some faculty members have begun to return as roads are cleared. Although some field equipment was damaged in the fire, the buildings are intact. 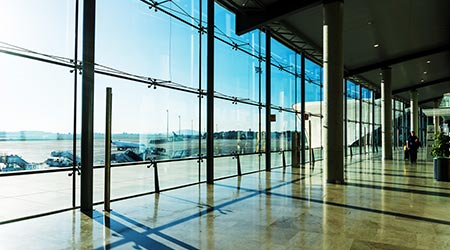