Water is the lifeblood of most institutional and commercial facilities. At the same time, it can be a source of headaches for maintenance and engineering managers, as demonstrated by issues as drought and Legionnaires’ disease, which is spread by contaminated water droplets. The city of Austin, Texas, now faces another water-based crisis.

Floodwaters have inundated the area’s lakes with mud and silt, slowing down the water treatment process and limiting the amount of clean water available to customers. On Monday, Austin Water urged its customers to boil tap water before consuming it.

Area facilities and businesses are feeling the effects of the boil order. Many restaurants have closed or adjusted their menus, and local grocery stores are also making major adjustments that could affect bakery, seafood, butcher, deli and produce departments, according to Austin360.

The Austin Independent School District opted to continue classes after the order was issued, and it posted precautions it is taking to adjust facility operations to the situation. The steps include covering drinking fountains to prevent use and adjusting cafeteria menus.

The Travis County Water District 10 also issued water restrictions that, among other things, ban using water for irrigation, refilling pools or spas, and washing pavement, according to KXAN. 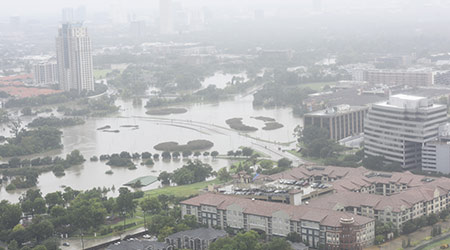