Lessons in Emergency Preparedness and Disaster Response with Dan Heater

Dan Heater, Director of Building and Landscape Services with the University of Iowa, talks about the university's response to the 500-year flood that hit the Iowa City campus in the summer of 2008. 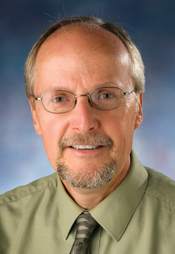 The university endured a 500-year flood in the summer of 2008. What was your role during the peak of the flood and in the days and weeks after the water subsided?
My role started with directing the efforts and necessary resources to manage and control the rising waters â€“ building sandbag dikes, maintaining and operating pumping stations, and mobilizing equipment, personnel, and supplies to priority areas and buildings. I served as the primary communication link between those involved in this effort and the critical incident management team (CIMT).

At the peak of the flood and in the days and weeks after, I: served in a collaborative leadership effort to control and minimize damage to buildings and services; organized clean-up efforts; established and prepared temporary locations, buildings, and complexes for relocated academic and research departments and colleges; provided building operations and maintenance services to buildings not touched by the flood water but affected by the temporary loss of utilities so summer classes could resume; rebuilt critical buildings for the start of the fall semester; and prepared for recovery and rebuild efforts.

How important was the university's flood emergency response plan – and the subsequent drilling of that plan – in responding to the disaster?
Very important. The plan provided complete guidance in addressing the rising water during our initial efforts. The plan was built around a 100-year flood event, and when we exceeded those conditions, the plan was still a benefit in that the pre-identified processes guided our ability to adapt to the exceptional changes we were experiencing. Drilling and practicing the plan in April tuned our efforts for the actual event in June. The head start the drilling gave us was a major reason we experienced no personnel injuries and were able to minimize damage to the buildings that eventually were flooded or affected by the loss of utilities.

What actions did you take to protect and recover key building components, such as mechanical and electrical systems?
Compartmental and mechanical, electrical and plumbing (MEP) component isolation was important, as well as strategically built and operated temporary pumping stations, which were manned 24-7.

What are three-five key emergency-preparedness lessons you learned after dealing with the flood?
First, having clearly defined roles, responsibilities, and assignments for all responder groups, all building operations and maintenance teams, and all leaders, with complete alignment of efforts and resources from initial responses to control the rising waters through the beginning of building-recovery efforts. Develop and utilize response-organization charts for early responders and follow-up operation and maintenance teams.

Second, be prepared to manage and equip large groups of volunteers with preset arrangements for hand tools, shovels, food, and water.

Third, have preset resource contract agreements with local construction contractors for large equipment, trucks, pumps, sand, gravel, etc. You will compete with other towns and areas that want these same resources.

Having dealt with the flood, how will the event impact your maintenance and operations decisions?
Building electrical and mechanical systems and components will be located higher in the buildings and will be protected by a mitigation plan.