When a new elevator is installed, the expectation is that it will last a long time. Generally, it does. But as it ages, the codes that govern elevator maintenance and safety will change — sometimes dramatically.

"What were the standards for elevator operations 20 years ago are no longer the same today," says Phil Reid, chairman, codes and standards committee, National Association of Elevator Contractors (NAEC).

Elevators in the United States are statistically very safe, with an average of 27 deaths per year out of 18 billion uses, according to the U.S. Bureau of Labor Statistics. But every year there are fatal accidents that raise the question: could tougher standards have prevented injury or death?

In the aftermath of two fatal accidents in December 2011, two areas have come in for scrutiny. One is licensing requirements for elevator technicians. The other is the safety standards that apply to older existing elevators. In both cases, the requirements facility managers have to follow vary widely based on local and state laws, as well as what standards have been used as the basis for local codes.

About half of the fatal accidents involve workers who are repairing or maintaining elevators when the accident occurs. But accidents involving passengers draw the most attention and spur the most action. In December 2011, advertising executive Suzanne Hart was killed when the elevator she was entering suddenly began moving up, pinning her between the elevator floor and the top of the elevator entrance in a Manhattan building. It was later determined that a maintenance worker had disabled a safety circuit while he was working on the elevator that would have prevented the elevator from moving with its doors open. There was no licensing requirement for New York elevator technicians at the time of Hart's death. A bill that would require licensing and set requirements for technicians was introduced after Hart's death and is pending with the New York City Council.

Despite incidents such as this, stringent codes and maintenance requirements help keep elevators extraordinarily safe. But the codes that apply can be drastically different depending on the age of the elevator and whether it's been modernized or not. And with requirements for certification of mechanics varying widely from place to place, it can be hard to know that you can trust the person you're hiring. In many jurisdictions, as in New York City, elevator technicians do not have to have any kind of certification.

That doesn't mean it's impossible to find good maintenance people or good information about what your elevator needs to be kept safe. What it does mean is that it requires some homework, says Martin Culp, elevator supervisor, department of operations and maintenance — contracts, University of Maryland.

"Elevators are probably one of the most expensive single pieces of equipment that a building owner can have, and potentially the most dangerous piece of equipment," Culp says. "Periodic maintenance and inspections are very important to keep them running safely and reliably."

Elevators Can Be Used for Evacuation, IBC Says 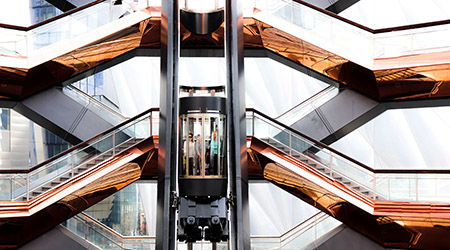