By Naomi Millán, Senior Editor   Educational Facilities
OTHER PARTS OF THIS ARTICLEPt. 1: Layered Security Can Help Protect K-12 Students Against ShootingsPt. 2: This Page 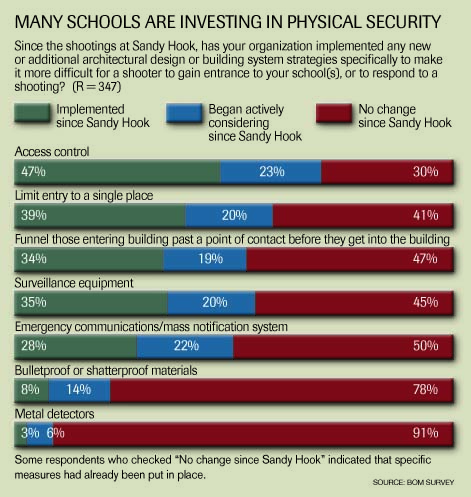