In 2005, Charlotte-Mecklenburg Schools (CMS) were in crisis. Even with 300 facilities, 190 of them schools, totaling 20 million square feet under roof, the district was beyond capacity. More than 25,000 students were in portable classrooms and almost 50,000 additional students were expected in the next 10 years.

At the same time, rancor in the community regarding how the school district conducted its business was boiling over into the danger zone. And when the district went to the community for a $427 million bond referendum to build new capacity, the community voiced its displeasure by voting "no."

The Bibb County, Ga., public school district was facing a similar crisis of faith in 2005. Funding was available for new school construction, but the community had, over the course of a decade, grown suspicious of the capital building program as projects fell behind schedule or were perceived as being of shoddy quality.

But these school districts did not buckle under the pressure. With their facilities departments at the front lines, both districts resolved to not only tamp down the flames of anger in their communities, but use that urgency as a crucible for dynamic change and meaningful engagement with their constituents. The innovative solutions they delivered — a way to take politics out of who gets what when, creating efficient prototypes for schools that slash construction costs, and delivering high-performing long-lived schools that achieve astounding cost savings — all have the earmarks of smart, creative facilities management applicable beyond the classroom.

The challenges at Charlotte-Mecklenburg are in many ways woven into the very fabric of the community. Back in the 1970s, CMS was the first district ordered by the U.S. Supreme Court to integrate by any means necessary, including bussing. A lawsuit ended forced bussing in 2001. By 2005, suburbs to the north and south of the county district had long been clamoring to fracture into individual city school districts. The board of education in place at the time was seen as dysfunctional and the community was fed up with their leadership.

Whether the situation on the ground actually matched what the community was thinking is irrelevant. "Perception becomes reality," says Guy Chamberlain, associate superintendent of auxiliary services, CMS. "We needed to do something to change the perception of this district. If you don't tell them what you're doing and how you're doing it, they're going to start drawing their own conclusions."

Chamberlain's directive to his departments: find out the performance measurements of the top 100 districts in the country, study those of the private sector, honestly evaluate where CMS was and implement whatever strategies were needed to move into best-in-class performance.

In July 2006 a new superintendent, Peter Gorman, came on board at CMS and spent his first 100 days in office on a "listening and learning" tour. That set a precedent, says Mike Raible, executive director of planning and project management, CMS.

Raible was charged with coming up with a way to make the community understand the clear and urgent need for new schools while removing any shade of political game-playing from the process. In addition, Gorman wanted the more than 350 requests for new schools or renovations to be organized into a single prioritized list.

"What we had before was a series of silos in which we prioritized projects," Raible says. "What we do now is shuffle all of those cards together."

Raible's team devised a mathematical formula to rank the projects. They assigned a numeric value to the amount of need for a project because of factors such as overcrowding, health and safety, and finishing projects that had run out of funding. Overcrowding got the most points. The projects were then sorted into nine categories (#1: new schools/land acquisition/renovations, #2: pre-K centers, and so on) and ranked by importance within each category.

Now here's the math: the numerator is the weighted value assigned to the need for the project, the denominator is the project's category multiplied by its numerical ranking within the category. The formula is not purely objective, Raible says. There is some subjectivity in the ranking of importance within the categories, but the process yields a list of project priorities that is largely politically neutral.

Before submitting the final list, Raible and his team conducted several community meetings in each of the district's seven "learning communities" to give everyone a chance to understand what was going on and be able to give their opinion on how projects were ranked.

"It took a bit of information-sharing to get people to realize that it was more than just their school that needs work," Raible says. "One thing this exercise did was to show people that we did know the schools and we did know the conditions, but the funding was inadequate to take care of all of the situations in a timely fashion."

With the clear methodology and single prioritized list, it was easy to see what $400 million meant. "When the money line stops, everyone could see what's above and what's below," Raible says.

Raible says this prioritization scheme works for anyone who manages an inventory of buildings, because you always have to decide what's important. In fact, CMS is expanding the use of their formula beyond capital projects to "the whole universe of school utilization." Additionally, the prioritization scheme won a 2010 FMXcellence award. 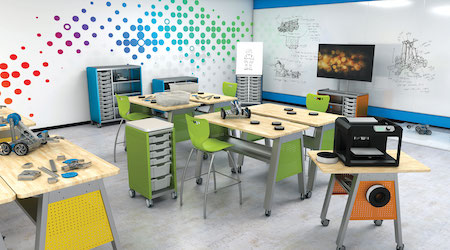 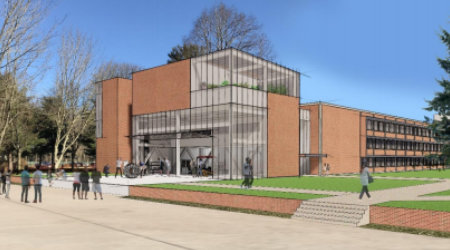 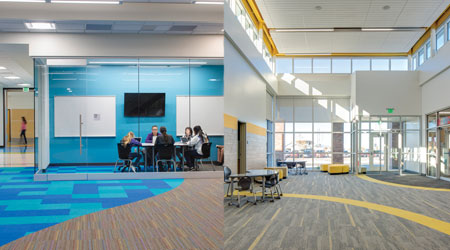 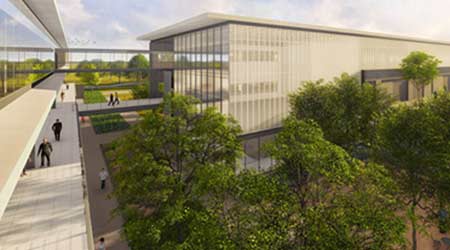