No Debate: Miami's Planning Pays Off

The summer and early fall of 2004 had many Floridians battening down the hatches as one of the worst hurricane seasons in years hit the state with four severe storms. For the University of Miami in Coral Gables, there was one more storm to prepare for: On Sept. 30, the first of the three presidential debates between President George W. Bush and challenger Sen. John Kerry would blow onto campus.

The debate, which came to the university partly as a result of efforts by Donna Shalala, Miami’s president and former cabinet secretary under President Clinton, was an unprecedented opportunity for the school. It offered both a chance to showcase the university before the nation and the world and an educational opportunity for students. Pulling it off, however, was no small task.

The process began nearly two years ago with an application to the Commission on Presidential Debates. In November of 2003, the university received word that its application was successful and that it would host the first of three presidential debates in 2004. There was less than a year to plan and prepare.

As much as it would prove an enormous challenge for the physical infrastructure of the campus, the debate was also a golden opportunity.

Campus administrators began examining ways they could tie other campus events in with the debate.

The university adopted a theme, “Celebrating American Democracy and Diversity,” for events from the 2004 commencement to the debate itself to a massive voter registration effort on campus, says Sarah Artecona, assistant vice president of media and community relations.

“It became an important educational opportunity,” she says. “Faculty programmed curricula to support it. We had banners all around the campus. We tried every way we could to remind people that the debate was taking place on campus.”

In the months and weeks leading up to the debate, a multidepartmental team chaired by Shalala’s chief of staff met regularly as part of a planning process that encompassed grounds preparation, parking, crowd control, security and the conversion of two university facilities — the Convocation Center into a stately debate hall and the Wellness Center into a high-tech media filing center.

“There were about 20 or 25 people working in groups at any given time,” says Artecona. “We met weekly for almost a year, and then in the weeks leading up to the debate the meetings were daily or almost daily.”

Stewart Alan Rose, assistant director of facilities for the department of wellness and recreation, oversaw the conversion of the Wellness Center, a 120,000-square-foot, state-of-the-art athletic facility, into a press hall and “Spin Alley” — high-tech media centers that, on debate night, would be abuzz with international journalists, pundits and political figures like John McCain and Condoleeza Rice. Since its doors opened in 1996, the Wellness Center has hosted events ranging from the annual President’s Breakfast to career fairs. But a presidential debate called for a whole new kind of transformation. By the time the media descended upon Coral Gables for the event, the Wellness Center’s 10,000-square-foot gymnasium would have to be ready to accommodate some 600 journalists, providing each with Internet access, a dedicated phone line and a clear view of the debate, shown via live video feed on one of the more than 50 TV screens throughout the facility.

At first, Rose says, the Commission on Presidential Debates was resistant to the university’s suggestion that the Wellness Center host Spin Alley.

“They wanted a huge tent next to the debate hall,” says Rose. “But this was a very active hurricane season. We said, ‘A tent? What?’ They ultimately agreed with us.”

After months and countless planning sessions, the actual setup for the event began about six days before the Thursday night debate. For Rose, the process started with the relocation of the Wellness Center’s exercise equipment — dozens of stair machines, elliptical trainers, treadmills, and more — to a basketball court elsewhere in the building.

When half of the equipment was removed, “we closed one room and opened the other so there was never a time when machines were not available to students,” says Rose.

Minimizing disruptions to campus life was a challenge throughout the week leading up to the event, but it paled in comparison to the challenge of managing more than 350,000 feet of cables to support dozens of generators — used to eliminate the risk of power disruptions during the debate — as well as voice, data and video equipment in both the Wellness Center and the Convocation Center.

“We had cables crossing streets —miles and miles of cables for the generators in the Convocation Center alone,” says Jim Durante, assistant director of campus planning and construction.

“The job grew by 40 percent over the six days leading up to the event as new information came in about the numbers of journalists we would be supporting,” says Stewart Seruya, chief network officer of the department of telecommunications. “We kept buying more and more spools of cable to the point where we were literally running to the local Radio Shack. We had bought up all the cable that our suppliers had.”

To get it all done, Seruya’s department dispatched 25 employees, who put in 2,000 hours over six days — a workload that was complicated by Florida’s nasty September weather. Hurricane Ivan hit on the Saturday before the Thursday debate, and even though it made landfall on the other side of the state, all the cable that had been laid had to be pulled back as a precaution. While damage from the storm was minimal, the team had to start nearly from scratch.

Seruya’s team’s tasks did not stop with the laying of cable, however; it effectively disconnected the existing wireless, data and voice networks in the facilities hosting Spin Alley and the debate and created a new enterprise.

While most of the focus was on the Wellness and Convocation Centers, readying the University of Miami’s campus for the debate went far beyond the preparations in those two facilities. Signage was increased across the campus to ensure that the university’s name would always be in the forefront when the cameras arrived. Off-campus lots were identified to provide parking for members of the media and debate attendees, and shuttle buses were arranged to carry people back and forth. One on-campus lot was designated for use by TV network trailers, about 40 of which were on site at the time of the debate. And the campus’ most attractive locations were spruced up with new landscaping and other touches.

“It was almost an exact science,” says Artecona. “From the time the networks contacted us to let us know they would attend, we were planning where to put them on campus to provide the most attractive settings.”

In keeping with the university’s commitment to maximize the educational opportunities afforded by the debate, the event was broadcast live at three different locations on campus, including one on a Jumbotron television that drew 4,000 students the night of the debate.

One issue that did not turn out to be a significant problem, but that had to be prepared for nonetheless, was designating a “free speech zone” where any protesters could demonstrate without disrupting the event.

“After a massive analysis, we determined that any green space had to have cars on it,” says Artecona. “So we chose an area off campus in a public right-of-way and had assistance from local law enforcement in supporting that area.”

Securing the debate site and the campus as a whole was another major challenge, and one that required close collaboration between the university’s security force and law enforcement details from the City of Coral Gables, the City of Miami, Dade County, the Dade County School District, the Miccosukee Tribe of Indians of Florida — the event’s sponsor — and the City of Hollywood. While he declined to divulge specifics, campus security director Henry Christensen notes that the security plan involved the placement of law enforcement officers throughout campus and the surrounding areas, the strategic use of fencing, and a range of security equipment, most of which had to be rented or borrowed.

“One of our major responsibilities was spreading the word among the campus population of students, faculty and staff about the proper display of ID badges and which locations on campus they would and would not be permitted,” Christensen says.

And, he says, it was all planned and executed under the close supervision of the U.S. Secret Service, which conducted security sweeps in the days leading up to the event.

“The sweep of the Wellness Center started about 10 p.m. the night before the debate, and at 3 a.m. we were still running around,” says Rose. “They examined everything — in file cabinets, under ceiling tiles, inside air handling units — with people, dogs, equipment. It was amazing to see this team in action.”

The highly contentious nature of the event presented an additional challenge: keeping both Republicans and Democrats happy, and accommodating both parties’ emphatic demands to avoid so much as eye contact with members of the opposing camp. In the Wellness Center, each party was given access to an aerobics room and three racquetball courts, where strategists, major donors and press liaisons could gather, meet and develop information to circulate among the journalists. These areas had to be fully wired with voice, video and Internet lines; the corridors connecting them with Spin Alley were bisected with barriers to keep the parties separate at all times.

“The competition between the Democrats and Republicans was really something,” says Rose. “They flipped a coin to determine which party would get an aerobics room with racquetball courts adjacent to it, and which would have to run up and down a set of stairs to get between their aerobics room and courts. The party that lost the coin toss never got over it. Not the whole time they were here.”

No Doubt About It

By all accounts, the debate at the University of Miami — the first such event ever hosted by the school — went off without a hitch. In fact, the events of the evening proceeded more smoothly than anyone had dared hope, and the school received glowing reviews from the Commission on Presidential Debates.

Team members attribute their success to a mix of factors: guidance from other institutions that have hosted debates — particularly Washington University in St. Louis; strong communication and collaboration facilitated by the cross-disciplinary planning process; and a gameplan for the event that anticipated potential problems and included contingency plans.

While the university did not divulge the total cost of the event, the majority of the costs were covered by a sponsorship donation of more than $1 million from the Miccosukee Tribe of Indians of Florida. And, according to Artecona, the school reached its goal of ensuring that the educational impacts of the event endured long after it ended.

“Voting and the issues of the candidates became very important to the students,” she says. “At any given time on election day, we had at least 300 students lined up to vote. So the impacts of the event are enduring long afterward.”

The mess, however, was another story.

“We had to have the campus back together the day after,” says Durante. “All the generators and trailers were being towed out the very next day.”

Of course, in some ways the campus is still feeling the ripples from the disruption the event caused on campus — facilities upkeep and maintenance tasks that would normally have occurred during the summer months were postponed, in many cases, and some staff members jokingly note that they have not yet fully recovered.

“The last couple of days we worked basically around the clock,” says Durante. “We didn’t have any extra staffing to get us through the crunch, so afterwards everyone was pretty tired.”

“Tired,” says Artecona, “but a good kind of tired.”

Abigail Gray is a freelance writer in Philadelphia who specializes in writing about facilities. 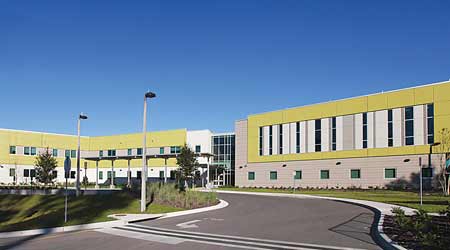 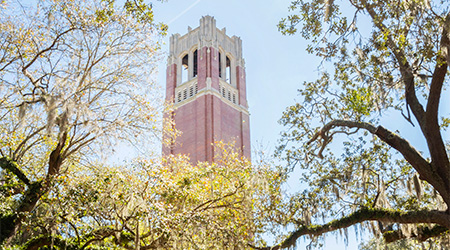