Putting Up Barriers to Air Leaks

All buildings leak air. The difference between buildings is the amount of air leakage. Air infiltration and exfiltration through the building envelope — walls, roofs, windows, etc. — can be problematic for a building, due to water leaks, condensation formation within walls, drafty interior conditions, varying interior temperatures, energy loss, and overworked mechanical systems.

If a building envelope is not designed to withstand air leaks, these problems can occur. Although air barriers are conceived for many applications, the system must be complete to deliver both functionality and reliability.

Which Way the Wind Blows

The direction of air leaks typically is categorized by the direction of flow. Air infiltration is air moving from the exterior to the interior, while air exfiltration is air moving in the opposite direction. Differing air pressures on either side of the envelope cause air movement through the building envelope. One or a combination of the following factors causes differential air pressure.

• Wind. Wind blowing on a building can have various effects, depending on the side of the building. On the side at which wind is blowing, a wall will exhibit negative pressure. Wind on the opposite side and the roof causes positive pressure.

• Stack effect. More prominent in high-rise buildings, stack effect is induced by warm air rising and will cause varying pressures. At the lower floors, negative pressures will exist, whereas the upper floors will experience positive pressurization.

Depending on the airflow’s direction and other environmental factors, air leaks can cause many problems, including these.

Water Leaks. Technicians can address water running down the face of a wall by using various components and flashing systems to prevent interior leaks and damage. But when combined with air infiltration, water running down a wall might be pulled through the building envelope to interior spaces.

Although it can occur anywhere in a building envelope, the most typical occurrence of water leaks caused by air infiltration is glazing systems. Weeps in frame systems allow water in the glazing pocket to drain, and unsealed conditions in the framing and interior glazing gaskets provide an air path to the interior.

When warm, humid air moves through a leaky envelope and encounters a component at or below the dew point temperature, condensation can form. Depending on conditions, condensation from air leaks can occur due to infiltration and exfiltration.

Mechanical systems and occupant complaints. Air leaks through an envelope can increase the load on mechanical systems and hamper their efficiency. Under positive pressure, treated air is pushed out of the building, causing a direct loss of energy and requiring treatment of additional make-up air. Under negative pressure, untreated air is pulled into the building and must be treated.

To prevent air leaks through a building envelope, technicians must establish an air barrier. The location of the barrier within the system cross-section is determined by installation factors, not functional factors such as a vapor retarder, but it must be continuous. The air barrier also has to withstand negative and positive pressures to perform as designed.

In general, the interior side of a building envelope system consists of many holes, openings and gaps, so establishing a reliable and continuous air barrier can be difficult. For example, establishing an air barrier on the inside of a wall would require sealing electrical outlets and all items in the ceiling spaces, such as around slab ends at floor levels and around structural columns and beams, which are typically covered with fireproofing.

The outside of a building envelope system is typically relatively free of penetrations and openings, except for doors and windows, with the wall construction outboard of the structure. Due to the minimal amounts of penetrations and transitions, most air barrier membranes and wraps are installed on the exterior side. But in this location, the air barrier likely will be exposed to moisture. So managers must consider the weatherproofing reliability and functionality.

Managers should make sure the complete air barrier concept is conceived during the design process and expressed in the construction documents. In most cases, an air-barrier material is illustrated on the drawings and is specified. But the designer does not provide details to illustrate transition details at transitions, such as windows, top of walls, roof-to-wall transitions, and around structural components.

If the air barrier is not designed, it is likely to be discontinuous, allowing air leaks. Similarly, the components that the air-barrier membrane is integrated with, such as windows, must be designed and constructed to prevent air leaks.

In many instances, self-adhered membranes extend from the exterior wall surface into window openings in an attempt to manage and prevent water leaks. Although sealants commonly are installed around the windows on the interior to prevent air leakage, the sealant does not bond well to the plastic facer of the membrane. When the bonding fails, it creates an air leak path. To prevent air and water leaks, technicians can install a secondary strip of membrane flashing to bridge the gap between the window frame and opening.

Establishing a functional, reliable air barrier is critical to preventing infiltration and exfiltration. In some cases, leaks can lead to moisture in building envelope through water leaks and condensation within the system. Water migrating through or forming within the envelope can damage interior components and energy inefficiency. To establish a functional air-barrier, managers must consider all details, transitions, components and material compatibilities. 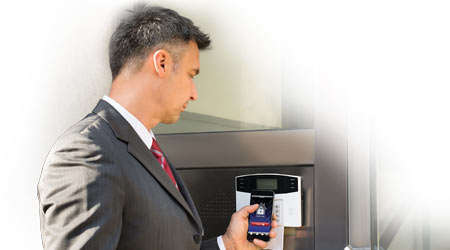 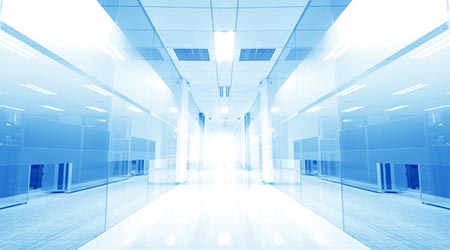