By Casey Laughman, Managing Editor   Doors & Hardware
OTHER PARTS OF THIS ARTICLEPt. 1: This PagePt. 2: First Cost Is Not Only Consideration In Door And Hardware SpecificationPt. 3: Doors And Hardware Maintenance Plan Can Ensure Maximum PerformancePt. 4: NFPA 80 Fire Door Inspection Requirements Include Certification Standards

Greg Drake had what appeared to be a door problem on his hands.

Drake, associate director of education and certification, Door and Hardware Institute, was working with several others to figure out why the doors at a school were not closing properly.

"A lot of the door hardware either failed to latch or the latch bind was so severe you couldn't open it with a key," he says. "You couldn't generate enough force with a key to retract the latch."

As it turned out, he was able to solve the problem with his feet. He noticed that the caulk line, which was recent, didn't match up with the door frame.

"I took my boot and I was able to shove the frame over on a door that previously couldn't open with a key," Drake says. "Because the frame wasn't anchored properly, it showed up as a door hardware problem."

His experience sums up one of the primary things to keep in mind when it comes to specifying, installing, and maintaining doors and hardware: Because they involve so many parts, a problem unrelated to the actual door or the hardware can cause them to stop working properly or fail altogether.

Beyond that, there's no such thing as one size fits all, says Ed Toy, executive vice president, Spalding Hardware.

"A door's not a door and a lock's not a lock," says Toy, pointing out that the features and functionality of doors and hardware vary widely.

So, to maximize the performance of your doors and hardware, look behind the nuts and bolts, so to speak — although those are important, too. Drake and others make it clear that the best way to get what you're paying for is to make sure that, in every step of the process, there's an understanding of what is involved and how the pieces fit together. Paying attention to the following areas can ensure you get the performance you need from your doors and hardware.

The road to properly functioning doors and hardware starts with selecting products, and product selection begins with the original specification process, says Rick Calhoun, president, Walters & Wolf Interiors, a specialty subcontractor that handles doors, frames, and hardware. Before the first door is hung, there should be a clear, detailed specification of what kind of door the opening needs, what hardware should go on that door, and what other elements — such as thresholds — need to be factored into the specs for the door.

"A lot of door openings can have 10 to 20 different manufacturers on that opening," says Calhoun, so general specifications are generally not much help. In fact, when he and his team receive specifications from a facility manager or an architect that are lacking in detail, they'll make recommendations based on planned use.

"All of that has to be done way up front before your carpenters show up on site, so that it's coordinated, everybody's on the same page, then the job runs much smoother," he says.

ANSI/BHMA standards for doors and hardware play a role, as well. Generally, commercial buildings won't have any hardware below Grade 1. But the key thing to remember about the standards is they are minimum standards that cover a very wide range of products. So a closer that's rated Grade 1, as an example, isn't going to automatically work in any application, says Mark Lineberger, vice president, Valley Doors and Hardware.

"Product A and Product B are rated similarly, but if Product B really isn't the right product, then it kind of doesn't matter," Lineberger says. "Yeah, it's durable, but it's not going to hold up because you've used it incorrectly." 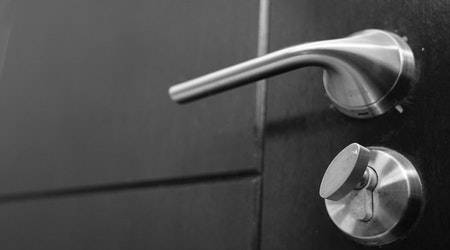