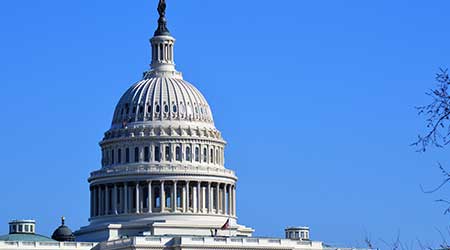 The tax law overhaul bill approved at the end of 2017 — officially known as the "Tax Cuts and Jobs Act" — made a change to Section 179 of the Internal Revenue Code that may be of interest to building owners and facility managers.

Section 179 is a longstanding favorable treatment of purchased property that allows businesses to expense eligible assets. To further incentivize and increase business spending, the tax reform bill increased both the annual cap and the phaseout limits. The annual limit has been raised from $500,000 to $1,000,000, and the phaseout limitation has been increased from $2 million to $2.5 million. This means that if a company's eligible expenditures are below $2.5 million, they can utilize up to $1 million in Section 179 expensing, and if their expenditures exceed $2.5 million, they can utilize up to the difference between their expenditures and $3.5 million. This increase will benefit many medium to large sized firms, since these companies were constrained by the previous annual and phaseout caps.

Property eligible for Section 179 expensing has also been expanded to include items related to buildings and structures. This would include roofs, heating, ventilation, and air-conditioning property, fire protection and alarm systems, and security systems. Traditionally, there have been arguments that HVAC and other building improvements have been able to be claimed for Section 179 expensing if the client is making a lease-hold improvement since that can be treated as a business expense. However, by expanding the definition of Section 179 to include building equipment, owner operators are now incentivized to make investments into their properties, and no preferential treatment is given to tenants on an operating lease. In some cases many of these items are ineligible for bonus depreciation treatment and therefore this is their only path for accelerated expensing.

In a separate measure — The Bipartisan Budget Act of 2018 — Congress also extended the Section 179D tax deduction, created by the Energy Policy Act of 2005 (EPAct), to retroactively apply to projects completed in 2017. This means that any eligible commercial or government building energy efficiency project completed Jan. 1, 2006 through Dec. 31, 2017 is now eligible for a tax incentive of up to $1.80 per square foot.

Charles Goulding is president of Energy Tax Savers, a tax firm that helps clients achieve federal tax incentives for energy efficient investments. He is a contributor to Building Operating Management, and his firm was a presenter at NFMT Orlando 2017. Since the extension of the Section 179D energy efficient commercial buildings deduction means a shorter tax season, the company offers a free review of 2017-completed projects. Information on how to use the benefit for projects completed January 1, 2006 through December 31, 2016 can be found on their website.